Menu
Facebook Twitter Instagram
Early Saturday morning, before sunrise, I woke up and went to the bathroom. I did not bother turning on the light. All of a sudden, I hear the fluttering of wings and noise from the window air shaft. It was a mix of the sound of Marcus’ wings from Underworld: Evolution and Alfred Hitchcock’s The Birds. It took a moment for me to collect myself. I turned on the light and realized the problem. Like most NYC apartment buildings,there is an internal air shaft that provides a window for the bedroom, bathroom, and kitchen. Apparently, a pigeon got in the air shaft and could not get out. Maybe it was injured because it fluttered its wings full speed flying up a couple floors before falling back down to the ground floor, cooing helplessly. For several days this went on. At first, I was annoyed by the pigeon. Then I realized the pigeon’s struggle was a metaphor for my current situation. 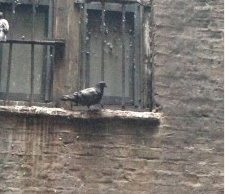 I came to NYC as an unknown transitioning from the law to become a writer, no connections, a boat load of enthusiasm, and determination. I am not a “glass is half full” person. I am a realist. I understand that most dreams do not happen without struggle and failure – more often than we would like. I understand that birthing an authentic product takes patience, hard labor, and perseverance. Last year this time, I asked what seeds you were sowing for harvest? I know growing my dream, like crops for harvest, takes time. The soil, sun, and water have to be just so or the crop does not fully ripen. I did not come to NYC expecting overnight success. Life is not that easy, if so then someone is taking me for a fool. I have to till the soil, remove rocks and other impediments, network, hone my skills, understand my brand and what I am offering.
Next month marks three years in the concrete jungle. I have networked like a politician in an election year, taken classes, seminars, and workshops for writing and business start-ups. I am ready for the next level. However, I cannot help but feel like that pigeon in air shaft gearing up full speed but for every forward motion something happens that sends me crashing back to the ground. What am I doing wrong? I am ready to birth this dream, but it is as if the doctors are saying, “no mother stop pushing.” The contractions and labor pains of birthing this dream are killing me. Will I die trying to birth the dream and never see it come to life?
Saturdays I generally ease into the day, listening to blues and the Rhythm Revue on jazz radio, WGBO. It reconnects me to family and childhood memories watching my parents dance together and seeing my granny dance to joot joint music while cooking breakfast and hearing the coffee percolator hissing while bacon sizzled in the cast iron pan. This past Saturday, Rhythm Revue did a tribute to Stevie Wonder. Stevie’s song “Living for the City” was written about leaving your hometown for the big Apple of NYC to make it. Unfortunately, in the song the visit to NYC ends with injustice and a dream denied. I often quote EB White because the concrete jungle is exactly that – a jungle. A great many talented people come to NYC. However, if life has taught me anything, this I know for sure. The best and the brightest do not necessarily make it to the top. In this day and age, who you know matters more than what you know.
“New York can destroy an individual, or it can fulfill him, depending on a good deal of luck…No one should come to New York to live unless he is willing to be lucky.” – EB White
One must be lucky in the big Apple because the lyrics in Stevie’s song are as relevant today as they were when he wrote them in the 1973. Struggling to survive in a city where the middle class are the new definition of being qualified for subsidized housing. Rent too high, income and salary does not meet cost of living, people use human kindness sparingly, and survival of the fittest is status quo.
His hair is long, his feet are hard and gritty
He spends his life walking the streets of New York City
He’s almost dead from breathing on air pollution
He tried to vote but to him there’s no solution
Living just enough, just enough for the city…yeah, yeah, yeah!I hope you hear inside my voice of sorrow
And that it motivates you to make a better tomorrow
This place is cruel, no where could be much colder
If we don’t change the world will soon be over
Living just enough, just enough for the city!!!!
-Stevie Wonder
The reality of it takes money to make money is my current reality. I was not  born with a silver spoon. I do not have parents or relatives with capital to invest in my dream. I am not knocking those who are fortunate to have parents fund their dream. In the future, I want to be in a position to fund other people’s dreams. What do you do as a first generation college graduate with student loans, rent half your monthly income (normal for NYC regardless of where you live), and you have a dream that will not die but is seemingly killing you in the birthing process? Is this simply the psychological price of entrepreneurship? Because death of me and/or the dream is feeling inevitable. 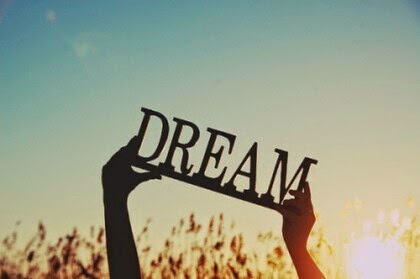 I heard that “it’s not your fault if you are born poor but it is your fault if you die poor.” How that has haunted me over the years. I know Bill Gates meant that to be inspiring, but being smart and bright and from the inner city does not mean you will make it out.  Statistics paint a different picture.
Now when I hear Bill Gates’ quote, I cringe. It reminds me when church people would say stuff like “you’re not healed because you didn’t have enough faith or work hard enough for your salvation.” The cycle of poverty and financial indebtedness is due to the lack of financial education about savings, investing, and wealth management. You do not know what you do not know. Many athletes and artists are broke because they did not know about financial planning, managing their wealth, or branding themselves. Instead of being educated on their new found financial status, they were sheep taken to the slaughter by those that claim to have their best interests at heart. Lottery winners are typically bankrupt two years after wining. Why? Because you do not know what you do not know. Lack of financial knowledge only widens the equity divide. So if lottery winners, athletes and artists go bankrupt on the regular, how does a person living paycheck to paycheck fund a dream that may well be worth while?!
Capital or an angel investor is necessary. If you do not have money or come from money, maxxing out credit cards is not an option. Crowd-funding is popular, but the kicker is that people are not keen on investing in unknowns. What do you do if you do not have more than 200 followers on Facebook? At least with 200 followers, assuming they all gave $20 you could crowd-fund $4k – assuming they all donate.
The next Stevie Wonder song played on the radio was “Higher Ground.” Right now, I feel like the pigeon in the air shaft. However, I cannot die giving birth to this dream. It is like fire shut up in my bones. Maybe instead of a pigeon in the shaft, it is a phoenix who dies and is reborn anew. I have often referred to the dream process as one of birth, death, and resurrection. In the words of Stevie, “gonna’ keep on tryin’ till I reach my higher ground.”
For my fellow dream chasers, keep on trying. Failure is an option and it is okay – just keep on trying!