Sept. 2019: A year ago, an op-ed appeared in the New York Times about “the resistance inside the Trump administration …working diligently from within to frustrate parts of his agenda and his worst inclinations…[because] the president continues to act in a manner that is detrimental to the health of our republic.” Recently, a whistleblower “working in US intelligence, filed a formal complaint…[claiming] to have seen or heard something that raised “urgent concern.” This led the US House of Representatives to announce a formal impeachment inquiry of Trump. For most of his presidency, Trump has flouted the law, ignoring legal precedent and diplomatic protocol. His twitter fingers may finally perjure him, “for by your words are you condemned.” However, the GOP may save him due to their unwillingness to put duty, honor, and country before party. Some argue that although it is “Congress’s constitutional right [and] legal duty to initiate impeachment proceedings,” doing so would be politically disastrous for Democrats in the 2020 election. That line of thinking is no different than the one that compels Republicans to remain silent and turn a blind eye while Trump violates democracy and the Constitution. Party loyalty over congressional duty and protecting the country will lead to the downfall of democracy. Dr. King said it best in the quote below. It is what prompted Republican Senator Margaret Chase-Smith to speak out against McCarthyism in her Declaration of Conscience speech that had her censored by her own party. 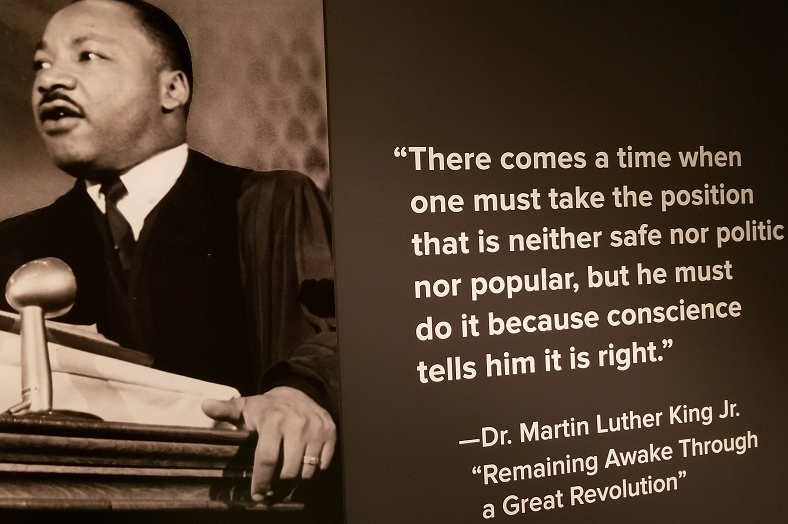 2019 Update: The El Paso mass shooter invoked Trump’s words of trying to rid the US of an Hispanic “invasion.” Since Trump campaigned for office, Trump encouraged violence on his campaign telling supporters to knock the crap of protesters and he would cover legal fees. Trump bragged that he could shoot someone on Fifth Avenue and not lose supporters. The El Paso shooter wasn’t a lone wolf, just responding to the rhetoric Trump habitually spews.

2018 Update: Lock them up! Trump associates who were braggadocious on Twitter during the campaign find themselves guilty. By your words/tweets you shall be condemned or justified. Robert Mueller is the modern day Eliot Ness. As former Republican Senator Margaret Chase-Smith said, “A Republican regime embracing a philosophy that lacks political integrity or intellectual honesty would prove equally disastrous to this nation.” 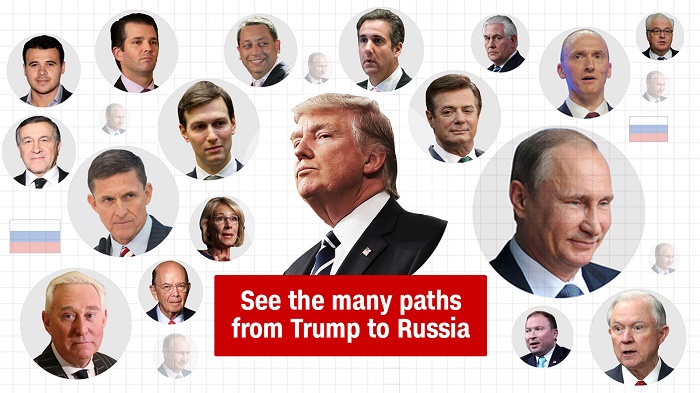 I grew up fundamentalist and evangelical. However, I have not failed to call out Christians and their apathy regarding Black Lives Matter and hypocrisy supporting Donald Trump. I was talking to a church goer and made an analogy of Trump to Haman in the Biblical story of Mordecai. I noted that Trump’s tweets and campaign rhetoric are like the gallows Haman prepared for Mordecai. My friend replied, “Actually, Trump is more like Pharaoh against Moses. Everything he alleged against Hillary and Obama are his plagues.” Recall that Michael Flynn started “lock her up.” Trump, like Pharaoh, is hardened, refusing to listen to counsel tweeting in the wee hours attacking friend, foe, and phantoms. And like Pharaoh, according to his words (tweets) shall he be punished. For “by your words you are condemned or justified.”

Since 2012, Trump has unleashed a fury of tweets about impeaching Obama, incompetency in the White House, criticizing Obama’s golf outings, praising leaks and confidential sources. Once Trump occupied the White House, he and his administration were plagued by the “sources” and “leaks” he formerly praised and now condemns as “fake news.” Ironically, Trump’s administration is suffering from incompetence. Lindsay Graham quipped that Trump is incapable of colluding even with his own staff. Paul Ryan brushed off Trump’s violation of protocol as him being “new to this.” Trump assumed the highest position in the nation “would be easier.” Trump’s hubris and ignorance about the demands of the oval office is an affront to American democracy. His chickens (tweets) are coming home to roost. Trump’s own campaign rhetoric and tweets has unleashed plagues upon his administration.

Christians referred to Obama ushering in the Antichrist. Michelle Obama was skewered for wearing sleeveless dresses, yet Melania posed nude in thigh high boots and is praised for “returning class” to the White House. Republicans dogged Clinton over Monica Lewinsky. However, several Republican politicians were caught in adulterous, homosexual, and even pedophile relationships. Yet, the Christian right continues to support the GOP all while claiming to be the party of “family values.” Trump has been married three times, but he is a representative of God in the White House? I have heard Republicans claim that for disgraced politicians, “like David they too have sinned and were forgiven.” Does God’s forgiveness of sexual impropriety only apply to Republicans?

The greatest indictment on Christians’ endorsement of Trump is made by Christ himself when he said, “Woe to you hypocrites, because you devour widows’ houses…and have neglected the weightier matters of the law: justice and mercy and faithfulness…within you are full of hypocrisy and lawlessness.” Trump made fun of the disabled, rob sick children and the poor, widowed, homeless, and fatherless by defunding Meals on Wheels, striking a livable minimum wage, equitable education and affordable health care. During the National Day of Prayer, instead of seeking unity for a divided nation, Trump railed against haters and prayed for “Apprentice” ratings. Yet, Christians are so thrilled to see prayer back in the White House. So much for Christ’s command to “love your enemies, bless them that curse you, do good to them that hate you, and pray for them which despitefully use you.”

Trump’s policies are a direct contradiction to what Christ commands. “But you have dishonored the poor. Is it not the rich who are exploiting you? …For I was hungry, and you gave Me nothing to eat; I was thirsty, and you gave Me nothing to drink; I was a stranger, and you did not invite Me in; naked, and you did not clothe Me; sick, and in prison, and you did not visit Me. ‘Truly I say to you, to the extent that you did not do it to one of the least of these, you did not do it to Me.’” When the Pope echoed the same, Trump ridiculed him. Trump infamously said that he doesn’t bring God in the picture. During a visit to tornado ravished Alabama, Trump signed Bibles – blasphemous!

Trump calls himself a great businessman. Since 1996 American banks refused to lend to him. Foreign banks, like Deutsche Bank, loaned to Trump. Deutsche Bank recently paid $630 million to the US and UK regarding “investigations into fraudulent mirror stock trades that Russian account-holders used as a suspected cover to launder some $10 billion.” Most fundamentalists and evangelicals believe that Gog and Magod in Revelations refers to Russia. So why are Christians okay with Trump’s friendliness towards a sworn enemy of American values? Then there is undisputed evidence of Russian cyber-attack in 39 US state election systems and interference in Netherlands and other European countries electoral process. Putin shrugged off any meddling in US elections as the work of overzealous Russian patriot hackers. 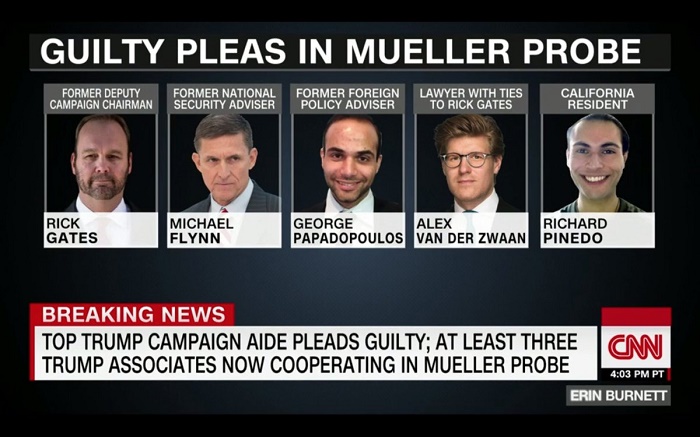 Russia tried to disrupt elections in democratic countries throughout the western hemisphere. Instead of condemning Russia, Trump lifts sanctions that were imposed as punishment and allows a private audience with Russian officials in the White House sans American press where he laughs about getting rid of James Comey and leaks intelligence from an ally. When the intelligence leak was revealed, Russia offered to provide proof. During Trump’s campaign, he said Hillary needed to be jailed. Michael Flynn exclaimed “lock her up.” Flynn may be locked up for undisclosed contacts with foreign entities, including Russia. Manafort, Jared Kushner, and other campaign associates had undisclosed Russian connections. A Russian oligarch with ties to Manafort seeks immunity in exchange for his testimony about Trump-Russia campaign ties.

Trump tweeted that Obama was causing our enemies to laugh at us. Within only five months into Trump’s presidency, Nordic countries, Australia, and other allies have taken to making fun of Trump’s lack of knowledge, diplomacy, etiquette (shoving world leaders) and looseness with intel. After Trump’s first foreign policy trip, European allies resigned that they could not rely on America.

Trump’s campaign rhetoric was filled with xenophobia, racism, sexism, and homophobia. Trump bragged that he could shoot someone on Fifth Avenue and not lose supporters. Trump encouraged violence on his campaign telling supporters to knock the crap of protesters and he would cover legal fees. Sadly, the call to violence did not fall on deaf ears. Republican, Greg Gianforte, assaulted a reporter for asking a question and Trump praised him. Within months of taking office, Trump lifted restrictions to prevent the mentally ill from obtaining guns. Unfortunately, some representatives who voted for lifting the restriction were victims of gun violence by what they call a “nut job.” 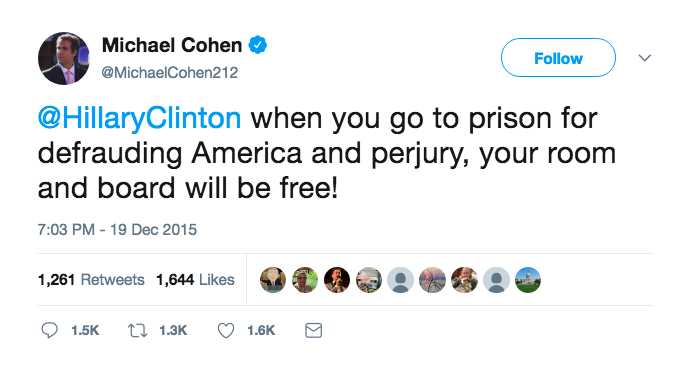 Violence against people of color, harassment of women, and immigrants under Trump’s tenure is like McCarthyism. Teachers are threatening to report students to INS because Trump is going to kick them out. Still, evangelical support of Trump has not wavered. Again, Dr. King’s words are illuminating, “We will have to repent in this generation not merely for the hateful words and actions of the bad people but for the appalling silence of the good people. Now is the time to lift our national policy from the quicksand of racial injustice to the solid rock of human dignity.”

Trump has accused Robert Mueller and James Comey of being on a witch hunt. First, Mueller and Comey are long time Republicans appointed under George W. Bush. Their reputation for being straight laced and fair is regarded by both political parties. However, once Mueller’s investigation included obstruction of justice, the same Republicans that praised Mueller railed against him. Trump’s administration is best described by Republican Senator Margaret Chase-Smith, who in response to McCarthyism said, “It is a national feeling of fear and frustration that could result in national suicide and the end of everything that we Americans hold dear…[R]ecently that deliberative character [of the United States Senate] has too often been debased to the level of a forum of hate and character assassination sheltered by the shield of congressional immunity…Today our country is being psychologically divided by the confusion and suspicions that …spread like cancerous tentacles of ‘know nothing, suspect everything’ attitudes.”

Senator Chase-Smith concluded, “A Republican regime embracing a philosophy that lacks political integrity or intellectual honesty would prove equally disastrous to this nation. The nation sorely needs a Republican victory. But I do not want to see the Republican Party ride to political victory on the Four Horsemen of Calumny — Fear, Ignorance, Bigotry and Smear. I doubt if the Republican Party could — simply because I don’t believe the American people will uphold any political party that puts political exploitation above national interest. Surely we Republicans aren’t that desperate for victory.” 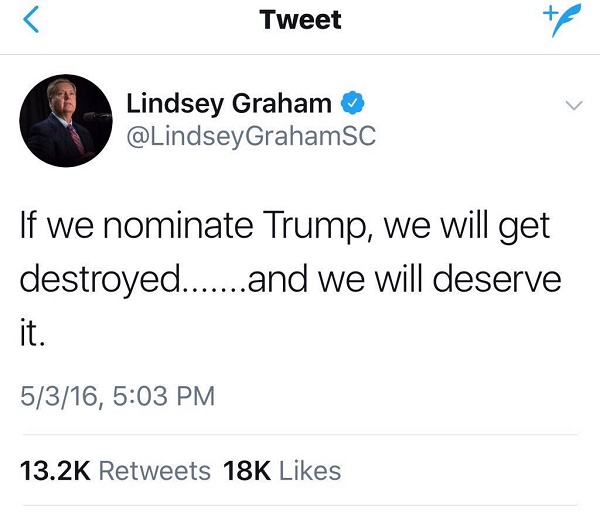 Apparently, the Republican party and Evangelicals are that desperate, national interest be damned. Trump’s hubris and tweets unleashes plagues not only on his administration but democracy. As he continues to “make America great again,” every American must suffer the consequences of Trump and Republicans “White House by any means necessary.”