According to Paul Lewis, “Cambridge Analytica whistleblower Christopher Wylie says the company tried to replicate Kosinski’s work for ‘psychological warfare’.” On July 14, 2017, Russian leaders flew Michal Kosinski to Moscow to meet “Russian prime minister, Dmitry Medvedev, and several members of his cabinet.”  Kosinski presented them his “groundbreaking research into technology, mass persuasion and artificial intelligence (AI) – research that inspired the creation of the political consultancy Cambridge Analytica.” Paul Lewis notes that “[w]eeks after his trip to Moscow, Kosinski published a controversial paper in which he showed how face-analysing algorithms could distinguish between photographs of gay and straight people. As well as sexuality, he believes this technology could be used to detect emotions, IQ and even a predisposition to commit certain crimes. In other research, Kosinski and others showed how Facebook data could be turned into what they described as “an effective approach to digital mass persuasion”.” Many are referring to this as scientific racism using AI.  Alexander Todorov  “warned that developments in artificial intelligence and machine learning have enabled scientific racism to enter a new era.”

I am not a science fiction (sci-fi)  devotee, but I will watch a good sci-fi blockbuster. I have written articles about religious symbolism in science fiction movies like: Avatar, Star Wars, The Matrix, Lord of the Rings, and Harry Potter. Lately, disappointed with movie options on my cable television despite over 600 channels, I have been frequenting the SyFy channel. Although a fan of Milla Jovovich from the movie Fifth Element, I had only seen a few minutes from any of the Resident Evil movies. The other night, after flipping through the channel guide too many times, I landed on SyFy and the first installment of Resident Evil was on. After the first twenty minutes, I think to myself art imitating life or reality imitating art?  The fictional Umbrella Corporation in the movie could be modern day Google, Facebook, Apple, Amazon or Microsoft.

Here is the opening narration for Resident Evil: “At the beginning of the 21st century, the Umbrella Corporation had become the largest commercial entity in the United States. Nine out of every ten homes contain its products. Its political and financial influence is felt everywhere. In public, it is the world’s leading supplier of computer technology, medical products, and healthcare. Unknown, even to its own employees, its massive profits are generated by military technology, genetic experimentation, and viral weaponry. ”

Let’s focus on “nine out of every ten homes contain its products [and] it is the leading supplier of computer technology, medical products, and healthcare.” Artificial intelligence (AI) products are in our homes, cars, and on our wrists with Amazon’s Alexa, Google Home and Assistant, Apple’s Siri, FitBit, and LG’s OLED television with Alexa or Google Assistant. When I was a child, there was a fear that the government would control us by embedding microchips in our skin. No chip necessary.  A few months ago, I was talking to a friend who casually mentioned that in addition to counting her steps, her FitBit monitored her sleep pattern. We voluntarily hand over our personal, medical, and other information to FitBit, Facebook, Alexa, and the ever convenient cloud. Our internet browsers have a cache of our search history. Websites we visit collect cookies. The companies who make these products own and house our data. A computer hack or leak holds our information hostage or makes it available to the highest bidder. This is especially disastrous in the medical and healthcare industry. Recall in 2017, the European computer hack that disabled the British National Health Service “where hospitals were hobbled and medical procedures interrupted.”

People give a play by play of their lives, chronicling every detail no matter how mundane or confidential on Facebook. Yet, Facebook failed to protect users’ information allowing Cambridge Analytica to use the data for political campaigns in the US and UK. In March, users reported that Amazon’s Alexa spontaneously laughed without being commanded. Recently, a couple said that Amazon’s Echo via Alexa recorded their conversation without their knowledge and sent it to a person in their contact list. Over the weekend, due to employee protests Google stated that it would not renew its military contract with the Pentagon under Project Maven for artificial intelligence. Now, please go two paragraphs above and read the opening narration for Resident Evil. 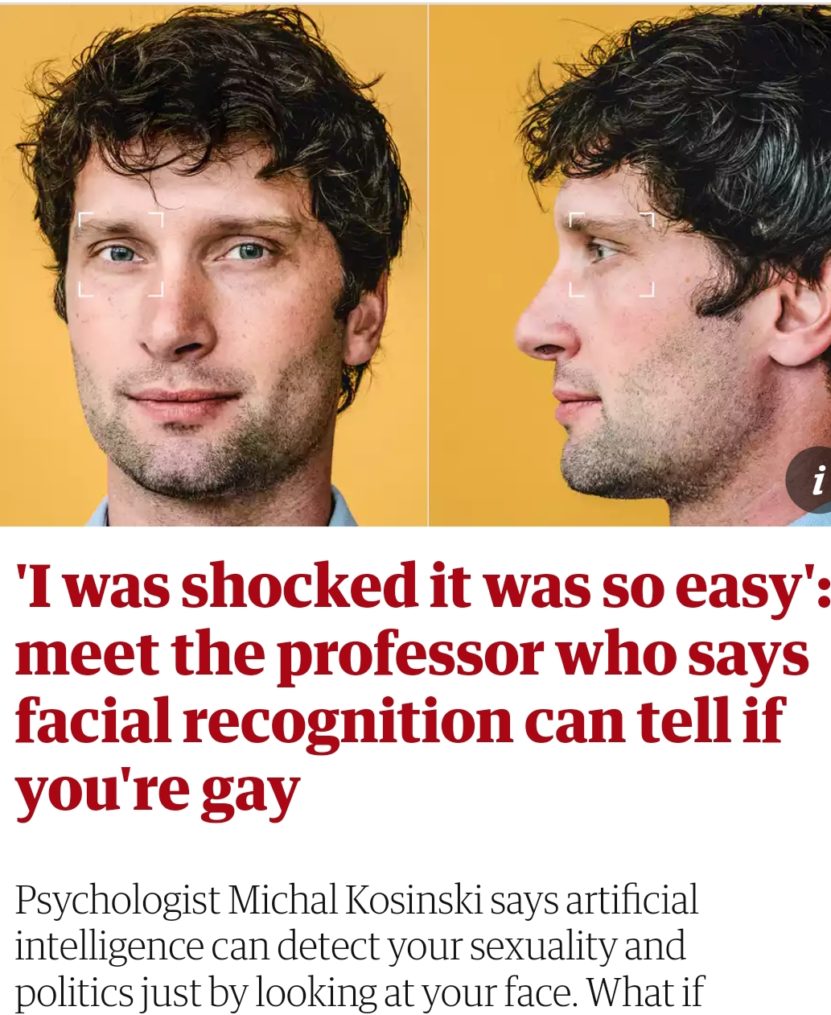 Like many, we love Gmail that syncs with everything seamlessly making our lives easier. Google provides AI for healthcare and the military, plus has a presence in almost every home with a computer, smartphone, or tablet. The same is true of Apple and Microsoft.  Google is not the only Silicon Valley company with military contracts. Thank goodness Google employees spoke out “worried that the contract was the first step toward using the nascent technology in advanced weapons.” As the NY Times noted, “Google’s self-image is different — it once had a motto of ‘don’t be evil.’ A number of its top technical talent said the internet company was betraying its idealistic principles, even as its business-minded officials worried that the protests would damage its chances to secure more business from the Defense Department.”

Governments are using this facial recognition AI technology to profile citizens. Israeli startup Faception “provides software that scans passports, visas and social-media profiles, before spitting out scores that categorise people according to several personality types. On its website, Faception lists eight such classifiers, including “White-Collar Offender”, “High IQ”, “Paedophile” and “Terrorist”.”  Stephen Buranyi reported on “a stunning report claimed that a computer program used by a US court for risk assessment was biased against black prisoners. The program, Correctional Offender Management Profiling for Alternative Sanctions (Compas), was much more prone to mistakenly label black defendants as likely to reoffend – wrongly flagging them at almost twice the rate as white people (45% to 24%), according to the investigative journalism organisation ProPublica.  Compas and programs similar to it were in use in hundreds of courts across the US, potentially informing the decisions of judges and other officials. The message seemed clear: the US justice system, reviled for its racial bias, had turned to technology for help, only to find that the algorithms had a racial bias too.”

Artificial intelligence (AI) is like the railroad, it cannot be prevented. However, how we introduce it into our lives poses a threat. Some Silicon Valley executives are sending their children to school where technology is not allowed. These schools promote experiential and entrepreneurial learning. The problem is best stated by innovator and entrepreneur Tawfik Sharkasi, who lamented this generation’s tendency toward “group think, filtered information, conformity versus original thinking, and the [lack of differentiation between] fake versus real.” A recent MIT study revealed that fake news spreads six times faster on Twitter than the truth and bots are not solely to blame. It is a human preference. In February, when Twitter purged accounts associated with fake bots, some users were more upset about losing fake followers than with the knowledge that fake accounts and bots were being purged to safeguard against malware and hacking.

“My daughter and I experimented with smart toys like Alexa that talk back to kids. My children and I made up questions to ask. The smart toy consistently responded, ‘I don’t understand.’ The problem is that it can only answer questions with programmed data by the designer. It forces children to ask pre-programmed questions instead being creative and using their imagination and make believe to create play scenarios. The over-use of technology sometimes works against the development of the human mind. I was listening to podcasts by Stephen Hawking and Bill Gates on the danger of artificial intelligence creating a de-evolution of man.” – Tawfik Sharkasi

Again, artificial intelligence is a blessing and a curse of the modern world. If we do not initiate effective controls to monitor how and when data is distributed, then Terminator’s SkyNet and Resident Evil’s Umbrella Corporation will become our reality. Art imitating life or life imitating art? Then again, who knew that Samuel Jackson and Geena Davis’s Long Kiss Goodnight would foreshadow George W. Bush’s Iraq War.

Don’t mind me. I’m just thinking out loud. Times like these, I listen to Jill Scott’s Watching Me.