Many people come to NYC to make it.  “If you can make it here, you can make it anywhere.”  “Concrete jungle where dreams are made of, there’s nothing you can’t do.”  “On Broadway.”  “Moving on up to the east side, to a deluxe apartment in the sky – we’ve finally got a piece of the pie.”

Yes, many have come and left disappointed because making it here is an obstacle course.  There’s the wealth of the financial sector, the fashionistas, the models, the socialites on the UES (upper east side), elitism, blue bloods, old money, new money, the talent on Broadway, the film screenings in Tribeca. Everyone here is trying to be the next big thing.  With so much talent, so many people, and showcase of wealth – it is easy to lose oneself.  It is easy to see everything that is not working, what other’s have that you don’t.  It’s worse when they have it and didn’t earn it and you are actually have what it takes.  Life is definitely not fair. 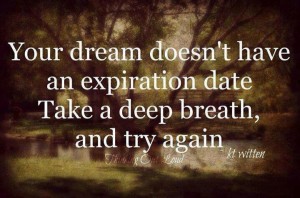 I get it.  I came to this city with a bag of dreams and ambitions.  For the first six months, I was hopeful and things seemed to move along.  Then a stalemate.  It seemed as if every open door shut without rhyme or reason.  In the words of Stevie Wonder, “living just enough for the city, walking the streets of New York City.”  It is a humbling experience, bordering on humiliating.  You have the talent, ambition, and not looking for a handout, just the opportunity to shine.

When I first moved here, I wrote a blog entry about the value of people (see June 2011 entries).
https://ronda-isms.com/uncategorized/finding-hidden-value-people-assets/
My most valuable asset is that I have a team of family and friends who love and support me and my dreams.  They will not let me give up. They believe in my dream when I am ready to give up on it.  It usually happens when I am feeling down and reviewing my situation in NYC that I get an email or call.  “Ronda you are not giving – it is not an option.  You’re my hero.”  The value of people who truly love and support you is priceless.  At one of those moments, a dear friend sent me an email.  He read an article thought of me and suggested some reading.  The article had this quote:

“New York can destroy an individual, or it can fulfill him, depending a good deal on luck. No one should come to New York to live unless he is willing to be lucky.” Liam Callanan quoting EB White

It’s New York.  Give the city hell.  Whatever it throws at you, throw it back. The city can take it.  It makes you stronger, more resolved to beat it. I wrote another blog about staying the course and used a boxing analogy – the difference between being knocked down versus knocked out (see February 2012 entry).
https://ronda-isms.com/uncategorized/knock-downs-vs-knock-outs/
A knock out means lights out, fight over.  A knock down is an eight count, time to get back on your feet if only to lean on the ropes.  When this city starts throwing you punches and you think the dream is over, be Ali.  Rope-a-dope!  Ali proved that leaning on the ropes is good.  Lean with it, rock with it, until you get enough strength to land a straight right hand on whatever is standing in your way.  You’ve come to far.  I’ve come to far to let minor setbacks send me packing.  Fight back!  Make this city regret not bowing down to you in the first instance. If you weren’t a fighter before, guess what NYC is the gladiator coliseum and only the strong survive.  You may be down, but you ain’t out.  For the dreamers who came to the city, keep the dream alive, bide your time, all the while readying yourself for when opportunity comes knocking.

New York has such courage and enthusiasm that everything can be begun again, sent back to the building yard and made into something still greater. Le Corbusier