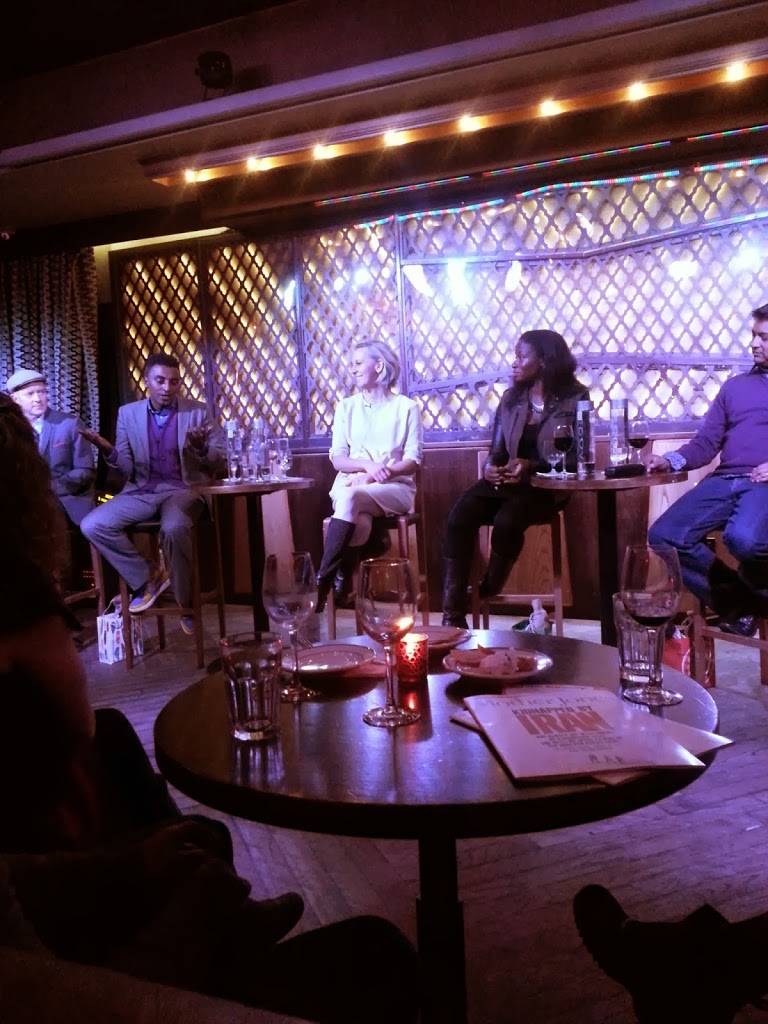 Last weekend, a chef friend from Chicago visited specifically to hear Mother Jones’ panel “Food for Thought – Kitchen Talk on Diversity.” The panelists featured chefs Marcus Samuelsson, Gabrielle Hamilton, Floyd Cardoz, and Charlene Johnson-Hadley. The panel discussion evolved from an article in Mother Jones written by food correspondent, Tom Philpott.  Tom noticed after attending  food “confabs”  that many women and chefs of color were neither in attendance nor panelists at these events. The absence of women and chefs of color prompted this event sponsored by Mother Jones, moderated by Tom Philpott, and hosted by Chef Samuelsson’s Ginny’s Supper Club.  I am a cynic and a skeptic. My initial thought was gender and race is a lot to cover in a two hour discussion. This would either be a robust discussion or an attempt to start the conversation on a larger level. I had not been to Red Rooster, so I was happy to see what the buzz was all about, particularly in light of all the negative press I read about Chef Samuelsson’s presence in Harlem.
The Scene
Red Rooster stands out on Lenox Avenue. When you enter you get a vibe. If Chef Samuelsson wanted to recreate a social club -mission accomplished. The event was in the lower level of Ginny’s Supper Club. I loved the dark wood and lounge feel. The space was packed and the mood was rather upbeat for such a “serious” topic. The panelists were accessible, mingling with patrons before and after the discussion. Some guests came with copies of the chefs’ books.  Culinary students looked as if they came straight from school, Wusthof knife sets in tow resting on top of the table. After noshing on cheese plates, cornbread Madelines, and a meat sampler, things started with a rousing introduction from Mother Jones’ Chief Operating Officer and President, Madeleine Buckingham. Madeleine clearly enjoys her job and is committed to its mission. The topic of discussion of the night was dear to her as she recalled attending many CEO conferences and being the only X in a sea of Y chromosomes.
The Discussion
Tom Philpott moderated and started off asking each chef about how they got their start.
Chef Samuelsson began mentioning that while a chef in France, it was clear that he would not be able to open a restaurant for what he wanted to do. He was outside the mainstream. However, he learned being alternative was not a bad thing because it sparked a fire. It helped him build a tribe and connect the dots to where he wanted to be and prompted his move to the States. He noted that it is important to be clear in your conversation, understanding what not only inspires us, but what we aspire to accomplish. He continued saying it was important to manage your inner boundaries and stay committed to the larger goal. Being the “abnormal” is an asset.
Chef Johnson-Hadley admonished not to get caught up in labels of black or female. She was drawn to cooking as a young person in her grandmother’s kitchen. Her grandmother passed while she was in college. She was “going through the motions in college” and wanted to connect to her true passion. After careful consideration, she realized that cooking was her passion and told her mother she wanted to leave college for culinary school.
Chef Hamilton, a favorite among the crowd, said that “fear of being on the margin is actually freedom.” She fell into the restaurant industry out of necessity, not desire. She noted the key is finding a viable self that you can live with. She touched on the stereotypes of women chefs being weak or nurturing who are relegated to salad detail or only associated with “comfort food” cooking. She said that if there is more than one woman in the kitchen there’s this hatred of being resigned to the “sub-ghetto.” In a previous blog post, I referred to this as women “vag blocking another woman’s success.” Chef Hamilton noted there is this naiveté with women that is commonly assumed among minorities of “you’re all black and love each other.” Her point highlights something that I noticed in the practice of law and is common among women and people of color regardless of the industry or profession. We can be our own worst enemy. We have bought  into the mentality that there is only enough room for one of us at the top such that we bite and devour each other, hindering success -“vag blocking” is the term I use for women. 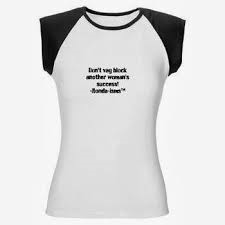