2019 Update: Virginia’s Governor Ralph Northam and Attorney General Mark Herring are caught in blackface. Every Halloween, schools across the country deal with blackface. Blackface history began post Civil War when as USA Today notes, “white men would darken their faces to create caricatures of black people, including large mouths, lips and eyes, woolly hair and coal-black skin. The performances would stereotype black men and women as ignorant, hypersexual, superstitious, lazy people who were prone to thievery and cowardice. In 1848, after watching a blackface act, abolitionist Fredrick Douglass called the performers “the filthy scum of white society [who] have stolen from us a complexion denied to them by nature … to make money and pander to the corrupt taste of their white fellow-citizens.” A few years ago Yale University and Mizzou were caught up in this controversy with a professor actually defending blackface. University of North Dakota students donned blackface to make fun of Black Lives Matter, an organization that highlights police brutality in the black community. Blackface is forever inappropriate, just as white folks trying to justify using the “N” word or referring to black people as monkeys.

Yale University’s pristine ivy is in a bunch. All is not well in the hallowed halls of this academic haven. Controversy struck when an email was sent to students regarding Halloween costumes reminding that “poor decisions can be made including wearing feathered headdresses, turbans, wearing ‘war paint’ or modifying skin tone or wearing blackface or redface. These same issues and examples of cultural appropriation and/or misrepresentation are increasingly surfacing with representations of Asians and Latinos.” If you are an adult and work in the real world, this is similar to your orientation training where you were warned about inappropriate speech or conduct that could lead to allegations of sexual harassment.

However, Erika Christakis, a faculty member and administrator of a residence hall, took a different stance. Ms. Christakis posited “whether blond toddlers should be barred from being dressed as African-American or Asian characters from Disney films.” No one would be upset with a child of any race coming to school dressed as Tiana from the Princess and the Frog. However, there would be outrage if that child came as Tiana in blackface. Yet, Erika Christakis’ husband, Nicholas, maintains that if one finds the costumes offensive then just look away. This sounds exactly like the behavior Martin Neimoller spoke out against in his essay “First They Came for the Socialists.” Unfortunately, Christakis is not alone in her ill-conceived dissent to the University email admonishing sensitivity. An elementary school teacher decided to teach Civil War history by auctioning students. Another teacher makes math problems out of slaves. Yet, wearing costumes promoting racial stereotypes is okay? 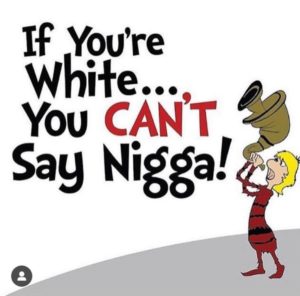 I was a college writing instructor. The mission of my class was to improve students’ academic writing skills by engaging in critical thinking, reasoning, reading, discussion, and writing. I warned the students that some of the topics were controversial. However, they were to respect the opinions of classmates whether or not they agreed with them. That did not mean students had free reign to say whatever entered their minds. “Come let us reason together” is a catch phrase for my blog. Reason has been replaced with what old folks called “diarrhea of the mouth.” As a kid, you are told that everything that comes into your head should not come out of your mouth. That is the mark of intelligence and maturity. Reason is the filter. Unfortunately, we have made celebrities out of people who are notorious for blurting out studipity.

I take offense against Erika Christakis, Nicholas Christakis, and their supporters. If students had a party themed come as a Jew, holocaust victim, or Hitler, there would be a collective uproar, no look away and stop being overly sensitive. A couple named their children after Hitler and lost custody. Yet, Christakis says it is okay for college students to come in blackface, redface, or as Mexicans.

If Christakis wants students to explore being “a little bit obnoxious … a little bit inappropriate or provocative or, yes, offensive,” then release the hounds. Let them find out firsthand the consequences of such exploration like Gerod Roth, Erika Escalante, Paula Deen, and Benjamin Golden. Please continue to have diarrhea of the mouth and be offensive. Experience and social media are good teachers, as Christakis will soon discover for her insensitive email espousing obnoxious and racially charged behavior in an environment that is supposed to be welcoming to all students. As my father warned, “Book sense without common sense is just an educated fool.” 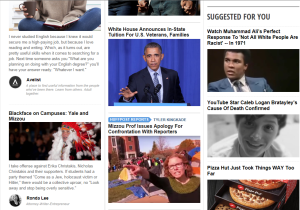 This article was featured on HuffPost College.