The first thing you notice when meeting Paola Delgado, owner and founder of Mujus, is her effervescent personality. She is excited to tell you about her product, its origin and the dedicated artisans that work for her. It is clear this is no sales pitch. This is pure passion and enthusiasm from taking an entrepreneurial risk and discovering herself in the process. Unlike others who simply source materials from indigenous regions, Paola is returning to her roots in Peru and helping local artisans through her beautiful yet eco-friendly and sustainable jewelry line. My lust item is her Locura statement necklace, featured in London’s Fashion Week, that I lovingly refer to as “the goddess” necklace. Paola’s journey to entrepreneurship is as beautiful and inspiring as her jewelry.

What is Mujus?
Mujus (pronounced moo-hoos) means seed in Aymara, an ancient language of Peru. Our jewelry is processed from the tagua seed, known as vegetable ivory that grows on palm trees across the Amazon rainforest. Tagua seeds are harvested after they have fallen to the ground, so there is no damage done to the rainforest. 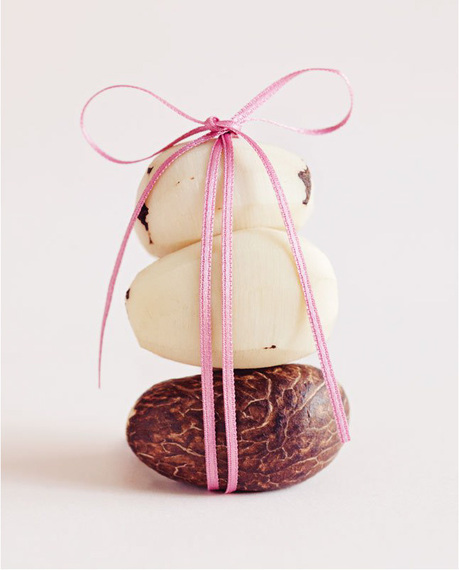 Is your background as an artist?
I grew up in Peru at a time when the poverty rate was 40%. Although I made jewelry as a child, being creative was not encouraged because it was not seen as financially stable. I received a Fulbright and came to the US for college. I thought that I wanted to work for the IMF World Bank. I double majored in Political Science and Economics. After an internship, I decided that (a) it was slow and (b) I wanted to make money. My junior year I applied for investment banking analyst positions and moved to NYC to work at Goldman Sachs. It was my dream job “creating money out of nothing.” It was glamorous and exciting.

How did Mujus come about?
For four years, I worked 90 hour work weeks making good money, but questioning if this was what I wanted out of life. The money was not giving me the happiness that I had attached to it. I was creative, but never explored it because I was scared of financial insecurity. I wanted to explore it and do something for my country. So I hired a career coach to help me “find myself.”

Did you “find yourself?”
In 2011, I planned to take a year off to work as an entrepreneur in Brazil and learn Portuguese. However, my sister was graduating from college in Peru and working with artisans there. She convinced me to come home and see what was happening. I moved home after being away for eight years. I started making jewelry myself. My dad became my mentor. He was an entrepreneur in Peru. After years of thinking that I would take care of my parents, I returned home and became a daughter again and my father’s mentee. He took me on a seven day – seven city tour of Ecuador to teach me how to source tagua from another country. It was a re-establishing of the father-daughter relationship and passing down of culture and wisdom. I rediscovered my Peruvian roots and myself in starting Mujus.

You seem driven by your heritage and culture.
I always like the linkage with culture and cultures of the world. Life becomes so much richer when we embrace other cultures. I lived a sheltered life in Peru as a child. I was rediscovering it as an adult. As an entrepreneur, I am able to help women and artisans who share my passion and value my design vision. I adore creating beautiful things. It is humbling, scary and frustrating to see the company grow. I can’t grow by myself. Fortunately, I have good people. I know every single person that has worked on my designs, and their children.

What have you learned from starting Mujus?
I am learning to be a better boss and have a sense of responsibility. I am listening to my heart to go against the fear of failure because holding on to everything would have drowned me. I have learned in business to respect the process of letting go and knowing that it may not happen the first time. You have to let go of the dream to see if reality works understanding that your design and product is a small portion of your success.

What’s your favorite part of being a designer?
Selling wholesale can be disappointing when you do not hear back. However, selling to end customers there is an immediate reward seeing them become excited and happy about their purchase.

If you are looking for something special for a mother, sister, girlfriend or treating yourself, Paola’s jewelry can be purchased online, use the holiday discount code “withlovefrompaola”. If you are in New York City, visit Mujus at the holiday markets in Union Square and Bryant Park.

“As no two seeds are alike, each Mujus piece is as unique as you are.” 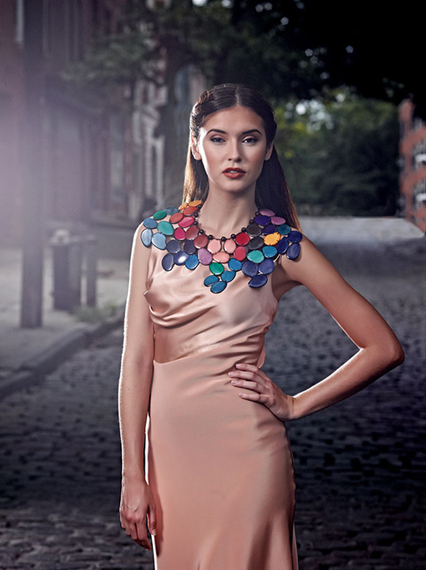