2019 Update: Surviving R. Kelly documentary comes out and many rush to the defense of R. Kelly. Even after hearing the stories of survivors. Whatever happened to respect and protect the black woman? When did it become okay to treat black women as roadkill to save a black man who’s activities have longed been hushed in the community? If you are outraged about Sandra Bland then you should also be outraged about how long R. Kelly was able to be a predator on young black girls. Most of these women met R.Kelly when they were young impressionable star struck teenagers! Comedian DL Hughley joked about R. Kelly and Michael Jackson, “Great singers, horrible babysitters…never drop my kids off.” Men that no one would allow to babysit their children are being protected by the same community they prey on! In the words of Spike Lee, “WAKE UP!”

2018 Update: Mr. Cosby is convicted of sexual assault. It is interesting to note the reaction of former actresses associated with Cosby movies and television. This one in particular caught my eye. Also, recall Lisa Bonet‘s response to the allegations earlier this year. Apparently, there were black women victims but they stayed silent. Bill Cosby is no different than Harvey Weinstein who used his power and influence to silence would be accusers like Rose McGowan.  With the #MeToo movement, it is only a matter of time before sexual assault of women is not simply brushed aside as men being men.

People are talking about Stephen Collins from 7th Heaven. What he did was despicable. Yet, it is different from Bill Cosby. Stephen  ADMITTED his guilt. Not once has Bill admitted his guilt and I believe he is guilty as sin. Bill has a history of lying to cover up his bad behavior. Remember the Autumn Jackson lawsuit in 1997 where he vehemently denied ever knowing that girl or her mother (Shawn Upshaw). It was later revealed that Cosby had an affair with the girl’s mother and was giving her money all along. Yet Bill denied it until on the stand at trial.

“During Autumn Jackson’s trial, Cosby testified that he had an extramarital affair with her mother in 1974. The actor acknowledged having contact with Jackson and her mother over the years and paying them more than $100,000 before setting up a trust fund. Evidence showed Cosby paid $25,000 to cover Jackson’s tuition and living expenses at a Florida community college in 1994-95. For a while, he paid Upshaw $750 a week.” CNN

Even if the women that went to the hotel to meet him wanted an affair, no one agreed to be drugged. You can’t consent if you are unconscious. Even a prostitute can be raped when forced to do what she didn’t agree to. If someone drugged a prostitute, no one would question that as rape. So why are people in disbelief over the women claiming Cosby violated them? Lest we forget that in the 2004 lawsuit against him by a Temple University employee, Cosby admitted to drugging at least one woman.

“The 2005 investigation into Cosby led to a deposition in which Cosby admitted that he had, as the Two-Way reported, “obtained the sedative Quaalude with the intent of giving the drug to women with whom he wanted to have sex, and he acknowledged giving it to at least one woman.” NPR

“Though he portrayed the drug-taking and sex as consensual, Mr. Cosby — when asked whether Ms. Serignese was in a position to consent to sexual intercourse after he gave her quaaludes in 1976 — said: “I don’t know.” NY Times

I love the Cosby Show and A Different World and will continue to watch them. However, Bill Cosby is not loving Dr. Huxtable. He’s a philandering womanizer. I love the sitcoms he created, but ya’ll need to stop defending him like OJ. Everybody ain’t lying on that man. Just like Clarence Thomas, Anita Hill accused him much earlier but the powers that be suppressed it until it had to come out. The allegations did not appear out of thin air. For Cosby, they were always present but because of his stature in Hollywood they were suppressed. Everything isn’t a conspiracy. A man did bad acts and used his position to hide them. In the process, he produced great television. When Bill got caught, like most sexual predators he blamed his victims. 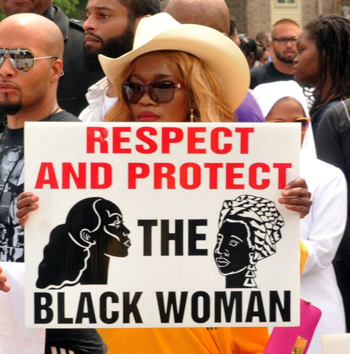 Everybody is coming to his defense when they know they have family members that have molested people who have not said a word. We have taken “don’t air family laundry in public” to another level of insane. Maybe that is why people are so adamant in their support of Cosby. Not supporting him is like outing the uncle everyone is afraid to leave the kids around. Just as people blamed Janay Rice and  Rihanna for the character failings of Ray Rice and Chris Brown, so too has society blamed Cosby’s victims. It is no wonder rape victims don’t come forward, because if your assaulter is an athlete, actor, musician, celebrity, or has some manner of fame – obviously you wanted it and were trying to entrap a man. When allegations emerged about priest abuse, people tried to blame the victims for trying to taint the Catholic Church, not the church for hiding it. So too are Cosby sympathizers blaming victims for “destroying” his legacy. Cosby’s legacy will remain via the Cosby Show and A Different World. His character and integrity defamation is his own undoing. Shame on us protecting the criminal and shunning the victims. Be it sexual abuse or domestic violence, society always responds by blaming the victim.

Regarding the rumor that Cosby was trying to buy NBC, that was in 1992 and 1993.  For those still struggling to separate Bill Cosby from Dr. Heathcliffe Huxtable, the character he played on his show, please read “I Re-Watched The Cosby Show and It Was Brutal.” For those questioning why come forward 30 years later, a friend shared this Facebook post from Pastor Traci Blackmon. All I could say, Amen. 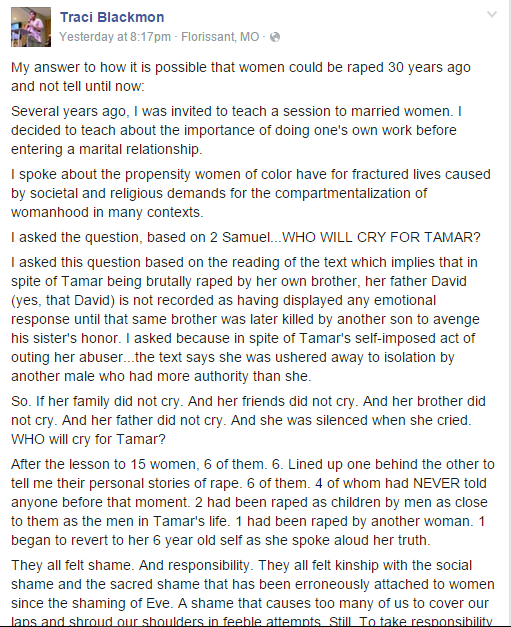