As a kid growing up in Chicago, I always looked forward to the Bud Billiken Parade. It signaled back to school, but also highlighted talent in the black community. Black dignataries, celebrities, athletes, musicians, and marching bands from across the nation would come to the south side of Chicago to march in the parade. It was like a family reunion for African-Americans throughout the country. My family, aunts, and uncles would line King Drive with other participants early in the morning for the best spot to view the parade. You would see old friends that moved away but came to the city every summer so that their children could experience the Bud Billiken Parade. My most vivid memory of the parade was in the 80s. Todd Bridges, who played Willis in Different Strokes, was the celebrity attendee. When his float passed, girls screamed and passed out. As an adult, I moved around a bit, Los Angeles and New York. However, no matter what city I lived in, every second Saturday in August, I was glued to the television to watch the Bud Billiken Parade.

The parade is legendary and a major part of African American history. It began in 1929 in the historic Bronzeville neighborhood. Its genesis started when Duke Ellington took a stroll down King Drive playing with some of the newspaper staff. From then on, it became what we now know as the Bud Billiken “back to school” parade. The parade route is on King Drive, similar to Harlem’s Lenox Avenue. The Bud Billiken is the second largest parade in American history and the oldest African American parade. It was founded by The Chicago Defender newspaper. The Chicago Defender was the vanguard for blacks in a post-Civil War and Civil Rights era. It was the voice of the people chronicling what was happening in America’s black urban and rural communities. 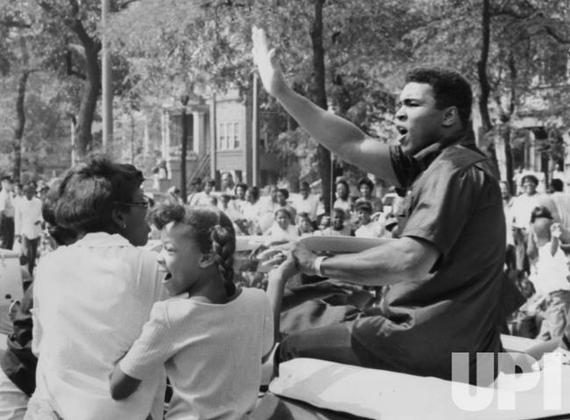 I had the opportunity to speak with Myiti Sengstacke-Rice, board member of the Chicago Defender Charities, which is the philanthropic arm of the newspaper that oversees the Bud Billiken parade. She is the next generation continuing the legacy and heritage of her family’s dedication and commitment to the serving and preserving the history of the black community.

“The Chicago Defender was founded by Robert Sengstacke Abbott on May 5, 1905. His plan was to use this newspaper to address African American issues. In 1921, Mr. Abbott started the Chicago Defender Jr., a section for children in the newspaper. It was edited by the young Robert Watkins, who was known as Bud Billiken ®, and included an application to the Bud Billiken ® Club. It was named after the Billiken, the guardian angel of little children according to Chinese legend. Working under Mr. Abbott, David Kellum was a key member of the Bud Billiken ® team and was often called Mr. Bud Billiken ®. In 1929, Mr. Abbott expanded the Bud Billiken ® concept to include a parade. Its purpose was to provide underprivileged youth with the chance to be in the limelight. Hundreds of thousands have lined the parade route with millions viewing festivities on live TV. Today, the parade features dozens of bands, drill teams, marching units, floats and more. Many celebrities have appeared in the Bud Billiken ® Parade. From the past, the parade has seen Joe Louis, Muhammad Ali, James Brown, Aretha Franklin, The Supremes, Roy Rogers, Lena Horne and former President Harry S. Truman. In recent years, the parade has enjoyed the company of then Senator Barack Obama, Oprah Winfrey, L.L. Cool J, Spike Lee, Michael Jordan, Frank Thomas, Donny Osmond, Queen Latifah, Tyler Perry and more.”

Take part of tradition, our collective history, to witness the Bud Billiken parade. This year the parade will be Saturday, August 13th and is televised nationally on ABC. 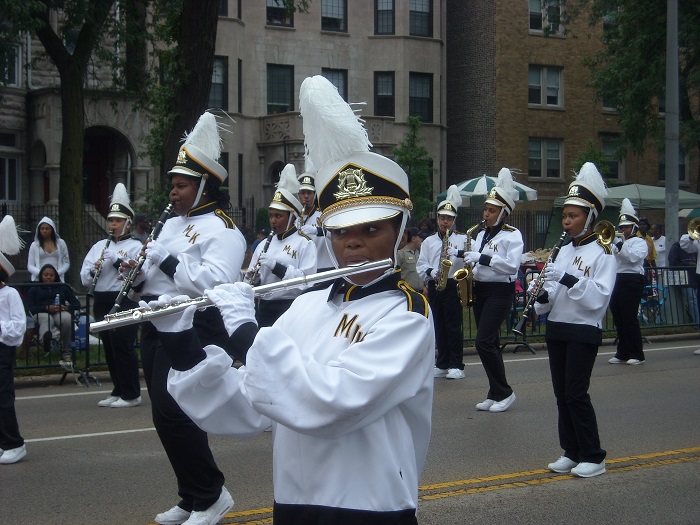