2019 Update: The El Paso mass shooter invoked Trump’s words of trying to rid the US of an Hispanic “invasion.” Since Trump campaigned for office, Trump encouraged violence on his campaign telling supporters to knock the crap of protesters and he would cover legal fees. Trump bragged that he could shoot someone on Fifth Avenue and not lose supporters. The El Paso shooter wasn’t a lone wolf, just responding to the rhetoric Trump habitually spews.

Update 2018: Before Trump was elected, there were the early warning signs of what was to come from his fear factor race baiting rhetoric. Now we live in a world where the president of the United States bullies and humiliates anyone he does not like on Twitter calling people dogs, son of b*tches, low IQ and it is the norm. From allies to foes, his tantrum style is infamous worldwide.

I’m in my hometown of Chicago feeling like a tourist after living in New York City. I board a bus downtown to go to my sister’s house. It’s rush hour, so I head towards the back of the bus. There were three open seats next to each other. I sit in the far left seat. A young college age Asian girl sits in the far right seat and proceeds to put her food and beverage in the middle seat acting oblivious to the crowd of people boarding the bus. Mind you, it’s rush hour. The automated announcement goes off, “As a courtesy to boarding passengers, please move to the rear of the bus and remove your belongings from the seat.”

At the next stop, an elderly gentleman boards. The only open seat is the one occupying her belongings. She makes no attempt to remove them. Another passenger noticing her lack of action gives her seat to the elderly senior. After a few more blocks, the bus is crowded but not packed. At the next stop, a black man boards and asks if I would remove my belongings so that he could sit. I inform him that they weren’t mine but hers. When he asked her to remove her bags from the seat, she pretended not to hear him. He asked a second time and she reluctantly removed her belongings.

As he sat down, he looked at me and said, “How rude!” I shook my head in agreement. The young woman turns to him and tersely asks, “What did you say?” I don’t know if it was because the black man was gay that she presumed it was okay to be snippy when her behavior was discourteous. However, she preceded to get an attitude with the black man. He quickly told her that her actions were rude and she did not want to go down this road of crassness with him because he was not the one. Undeterred, she continued to verbally assail him claiming she was a college student and what did he know and how could he talk to her. He looked directly at her and said, “Unless you want an a– whooping, you should stop talking to me.” She stood up and whispered “nigger” in his face. Until this point, I was probably the only other person to hear the exchange. Upon her “nigger,” the black man made it known so other patrons could hear, “It’s 2016, if nigger is the worst insult you have than you should try harder or drop out of college.” He further stated, “Your parents should have done the world a favor and flushed you down the toilet instead of raising a racist. Call me a nigger one more time and I’ll slap you.”

At this point, the back of the bus is confused because they were not privy to the entire conversation. She then moves towards the center of the bus and tells him, “I’m a girl and you should be ashamed of yourself for threatening a girl.” Then in a very loud voice, she proclaims, “A nigger is an ignorant, uneducated person and you’re nigger!” The entire bus, blacks and non-blacks, turn and look at her aghast. There was an audible gasp and others simply had their mouths wide open in disbelief.

This young woman then had the audacity to walk to the front of the bus and tell the bus driver (a black woman) that she wanted to file a complaint and call the cops. Apparently, the bus driver did not hear the commotion in the back of the bus. The driver turns around and asks, “What is going on?” In unison, all of the black women said, “She called him a nigger!” The bus driver stopped the bus and told the woman to get off.

In 2016, this woman nearly incites a race riot and then has the gall to complain because she felt threatened. Once the bus driver kicked her off the bus, the black man said, “Thank you sisters because if the cops came then I would have been hauled off to jail.” I turned to him and replied, “No you wouldn’t. I’m an attorney. You would have had free legal representation.”

In NYC, incidents like this have occurred. In one incident, the harasser said “Donald Trump is right. [Passengers] a black man, a man who identified himself as a Romanian immigrant, a group of Asian people and a gay man [confronted] the aggressor. The racist passenger quieted down somewhat after one man said: ‘This is New York City. The most diverse place in the world. And in New York, we protect our own and we don’t give a f— what anyone looks like or who they love, or any of those things. It’s time for you to leave these women alone, sir.’”

In 2010, the election vitriol prompted me to write Good Ole’ Days. Every four years America descends into chaos as political parties vie for the presidency. Some glamorize the past to rally those that have selectively chosen to forget the ills of the past. As Trump vows to “make America great again,” it is up to us to not let a rhetoric of fear induced insanity over take our beloved melting pot. Our diversity is our strength. As Trump stokes the fear of fear itself, I am reminded of Nietzsche’s saying that “whoever fights monsters should see to it that in the process he does not become a monster.” 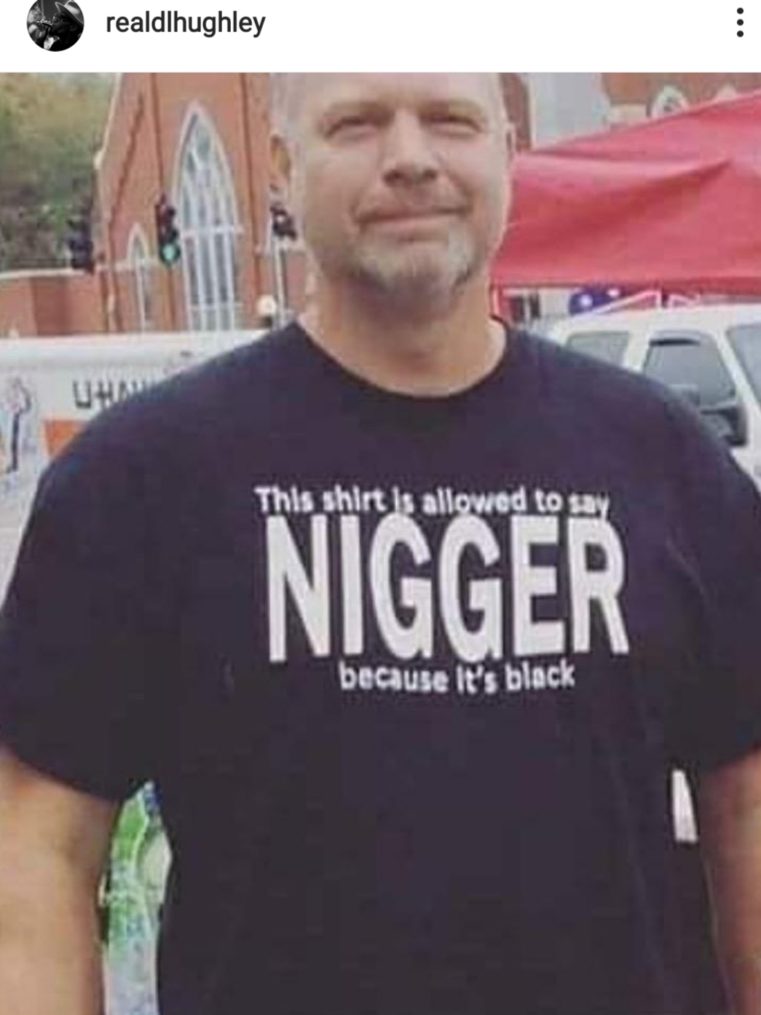 Spotted on the streets in 2019