For Black History Month, inspired by the Honorable Maxine Waters’ “reclaiming my time,” I want to change the narrative. I am tired of the media and television images portraying black women as ratchet thots that tear down one another. If we are not mammies or slaves, then we must be vixens, crackheads, prostitutes, or a white girl’s sassy best friend. That is not our legacy. We descend from a line of strong, intelligent, beautiful women that paved the way for the success of not only the Civil Rights Movement, but also the Women’s Right Movement. A few years ago, I submitted a screenplay to a competition based on the lives of four professional black women. When I received script analysis from my submission, one comment said that the women did not seem realistic. The reader did not recognize any of the black women. Interesting because as a black professional woman, the characters were based on the women I encountered all my life – a diverse sisterhood. 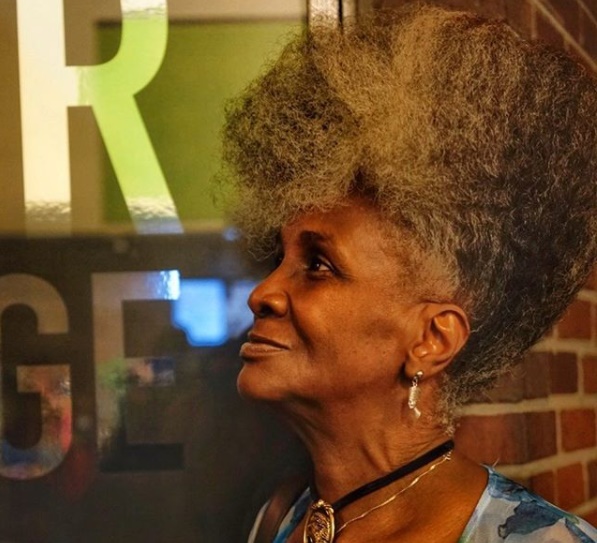 White women can be housewives, professionals, damsels in distress and are honored for every attempt, no matter how minor, at standing up. Yet, if we do it, we are just angry black women or gold diggers. Our God given curves, lips, hips, and derriere are often imitated by other women, yet we are called “less classically beautiful” – a New York Times writer made that comment of Viola Davis when Shonda Rhimes picked her to be the lead in How to Get Away with Murder. Yet, we are called on to be a savior for a Democratic party and white feminism that mutes our voices. Malcolm X said, “The most disrespected woman in America, is the black woman. The most un-protected person in America is the black woman. The most neglected person in America, is the black woman.”

People love the movie Pretty Woman about a white prostitute who changes her life, but cannot stand Cardi B, Amber Rose, or Blac Chyna but will praise the Kardashians even after joking they’re “the only KKK to accept black men.” In the words of Issa Rae, “I’m rooting for everybody black!” I am down with the Bey hive, the RiRi navy, Cardi B, Lil Kim, Nicki, Remy Ma, Amara La Negra, Serena Williams and so on. Any black woman building an empire and giving back to the sisterhood – go girl! I may not like their hustle, but I am not going to tear them down.

If I do not respect and protect my black sister, who will?

We are the trendsetters and taste-makers! What is the latest fashion trend? Walk the streets of the inner city. Look at what black women are wearing and there you go. Braids, afro, long nails, five rings on two fingers, hair wrapped, juking/twerking/doing the dog. What is the new dance or sound? Again, go to the heart of the inner city. Just like “race music” back in the day, they are giving our culture a “white re-mix,” calling it something different, and then telling us that their imitation is better than our original. It is like saying an imitation Louis Vuitton is better and worth more than the original! Culture vultures indeed! As comedienne and actress, Amanda Seales explains in her spoken word poetry below about black girl magic, “You can attempt to imitate but soul you cannot buy!”

As a young girl, my older sister and I would argue constantly – she took my clothes or doll. We never fought because we knew my parents would kill us if we were ever caught physically fighting each other. One day we argued and were mad at each other, so we refused to talk and play. One of our friends came over and we still did not talk to each other. My father told our friend to go home because we were not allowed company. He made us sit next to each other and hold hands. “Kiss her!” We looked at each other crazy, still mad. My father, “I said kiss your sister!” We kissed. He continued, “Today you will not go outside or play with friends. You will sit here all day holding each other’s hands. You will realize that the bond between you as sisters is stronger than any bond you will have. If I ever see you treat a stranger better than your own sister, I will punish you.” From then on, whether we agreed or disagreed, my sister and I learned to get along and manage our differences. We still have disagreements, but we do not argue in public. That is why I am so fervent in my support of black women. If I do not respect and protect my black sister, who will?

Do sisters argue? Yes, but the media’s portrayal of black women, educated or uneducated, as an unruly uncouth pack of hyenas serves only to perpetuate myths and stereotypes. I do not know thots. I know queens. I know survivors. I know phenomenal women that make a dollar out $.15 because we receive even less than what a white woman makes. I know women who are the fabric of their family, community, and places of worship. I know women that say, “Go Gurl. I think you’re crazy, but you might be crazy enough to make it happen. Yasss. Work it! Slay! Woke up like this! Honey hush. Girl please.” All sayings that I heard my aunts and grandmothers utter to each other while talking about the problems they faced as black women, wives, and mothers and words used to encourage each other to “keep on keeping on.” 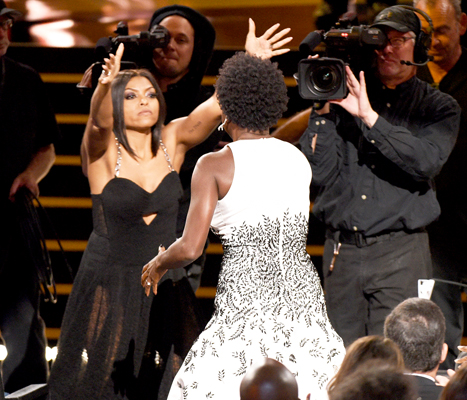 I know women that will tell you everything you do not want to hear and then say, but if somebody try to hurt you, you know I’m ride or die with you ‘cause you my girl. I know women like Taraji P. Henson, who will be the first to stand up and shout your praises because they know a win for you is a win for the black girl collective. I know women who will say, “Girl I love, but you can’t go outside like that.” I know women who see other women struggling and respond, “I know it’s not much, but I can help you out with this.” My first major heartbreak, I received a call from my aunt. “I know you’re hurt. But understand this, you ain’t going through nothing that any other woman hasn’t gone through. And you will survive just like every other woman. He is not the measure of you.”

I know black women that do extraordinary acts of kindness daily without acknowledgment. I know of Aronya, a black mother who saw my eldest nephew in a motorcycle accident in another state. Ms. Aronya left her car and held my nephew while he laid dying, praying with him. She remained by his side for over six hours while paramedics and state troopers cleared the wreckage and roadway. At 3am when she finally arrived home, she woke up her son and told him to find my sister on the internet. “That mother needs to know that her son was not alone.” At a moment of extreme grief and pain for my family, Ms. Aronya’s son found my sister and her husband on the internet. When they landed, Ms. Aronya comforted and fed my sister and her husband. She flew to Chicago for the funeral. When we returned weeks later for the Navy memorial, Ms. Aronya greeted our family. The women in her church surrounded us with love and warmth that can only be described as transcendental. 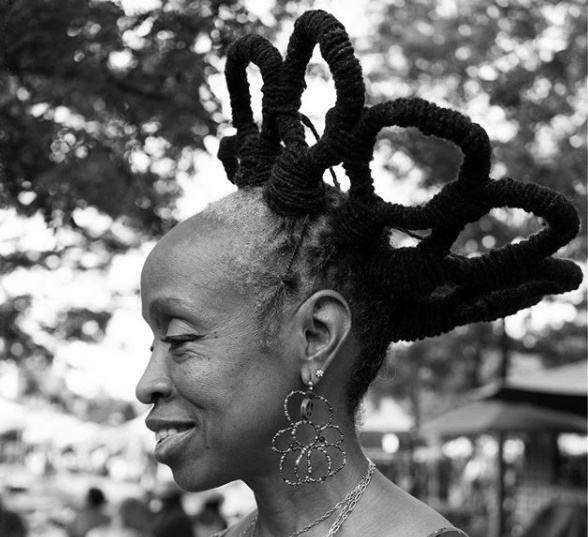 My black sisters, I see you. I see your crown. In the words of India Arie, you possess “strength, courage, and wisdom…It’s been inside of [you] all along.” Black women are magic. Thank goodness for Beverly Bond and her Black Girls Rock highlighting the accomplishments of our women. Thank you Issa Rae  and Michaela Coel for your representation. Black women rock. We are resilient. We are supportive. My dear black butterflies, remember who you are!

Photos below from photographer Kay Hickman show everyday black women in their majesty. 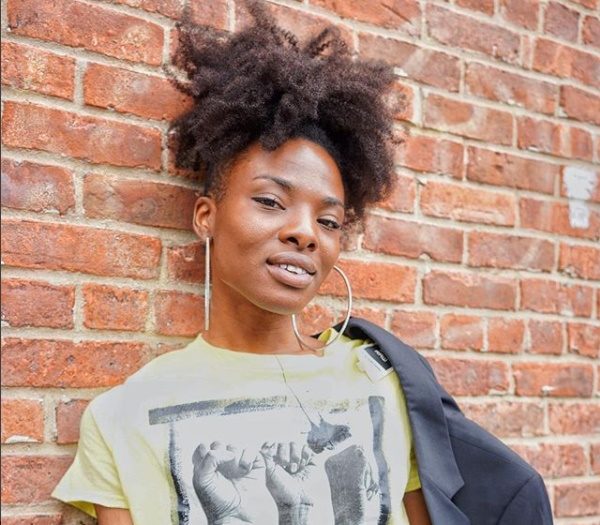 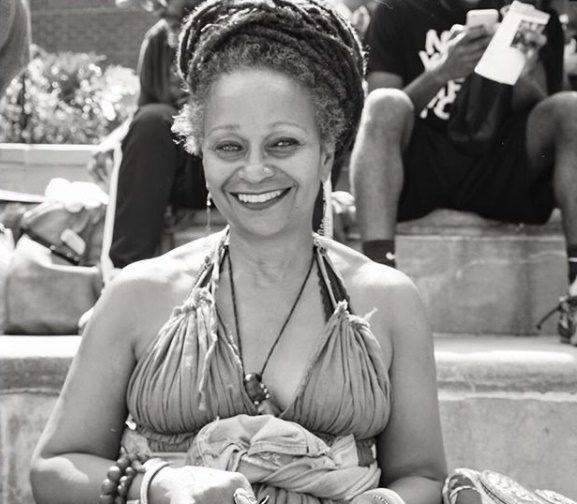 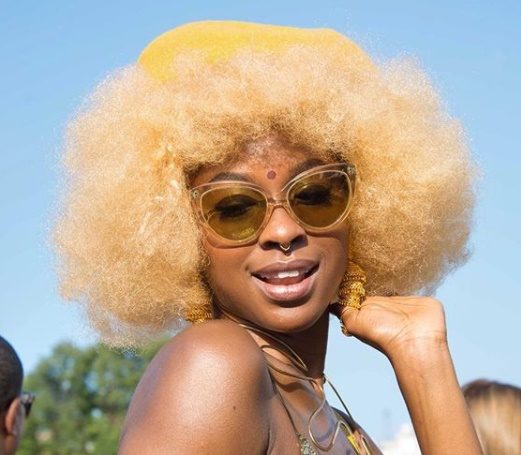 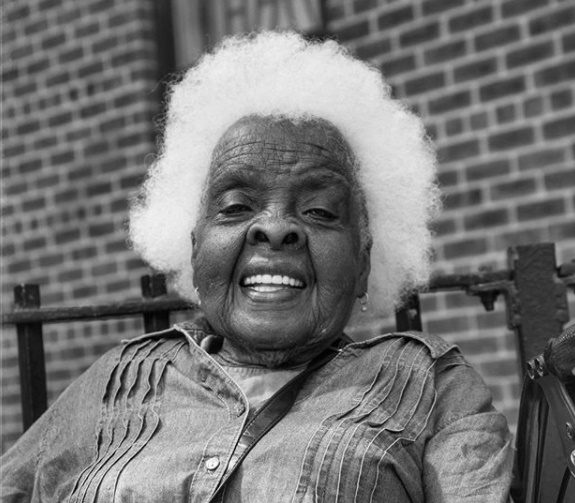 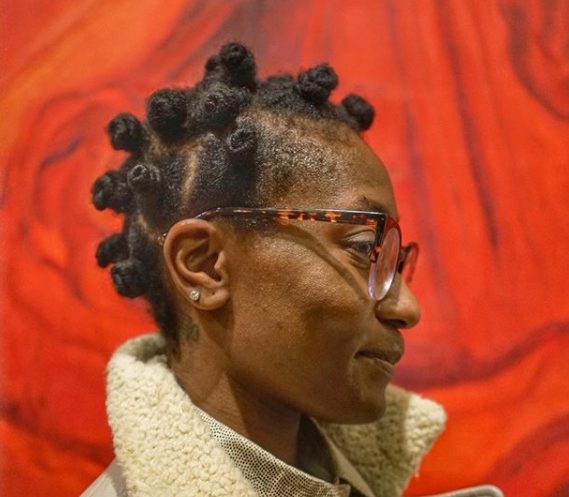 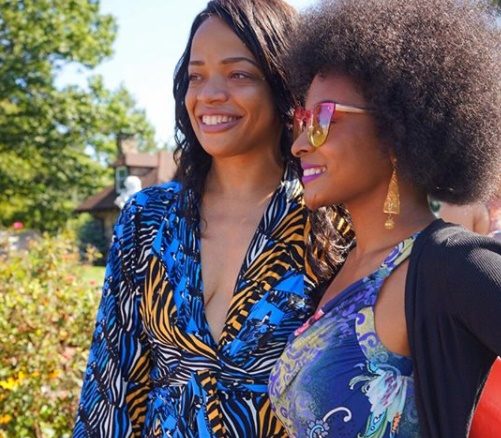 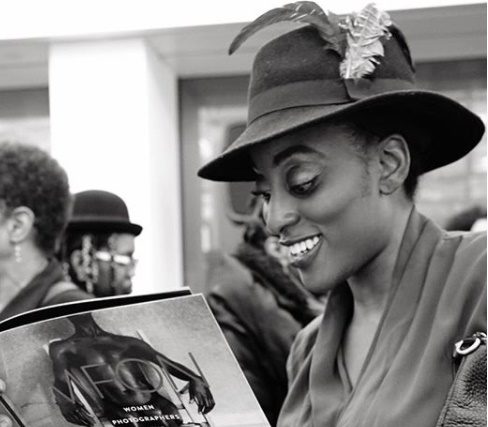 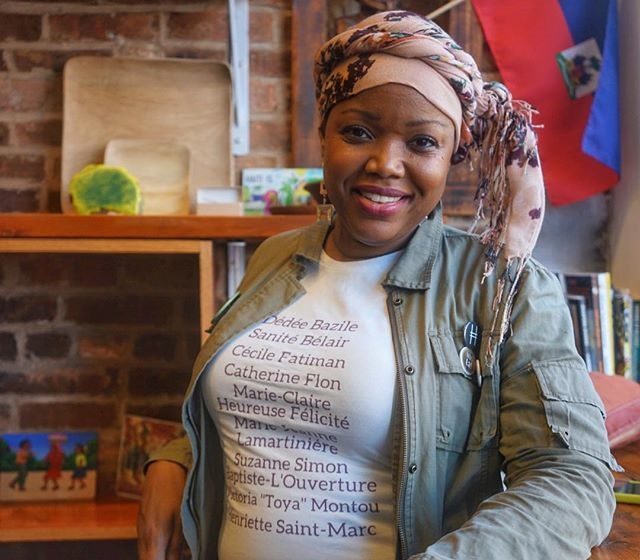 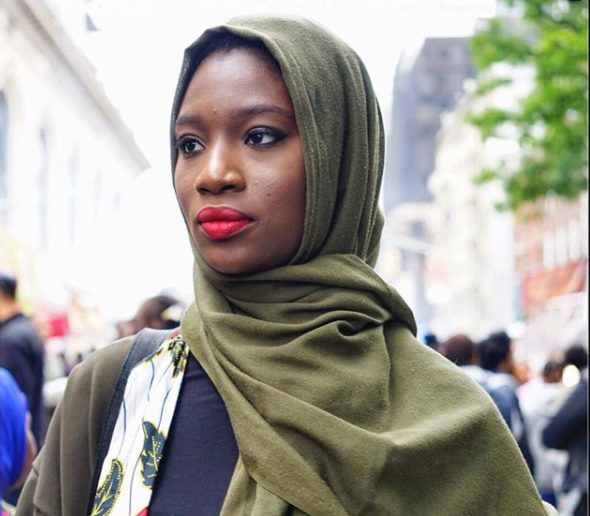 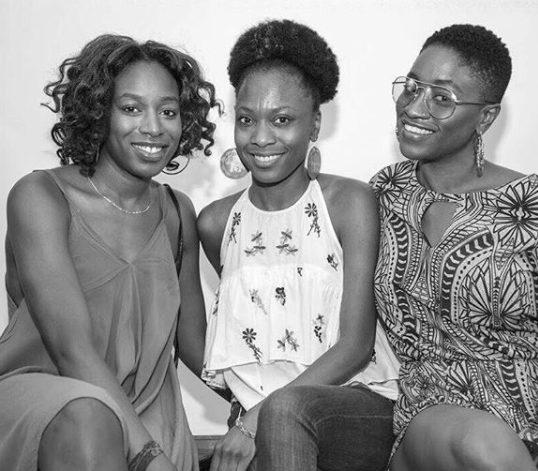 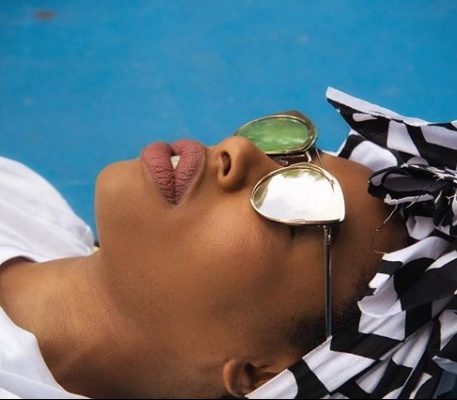 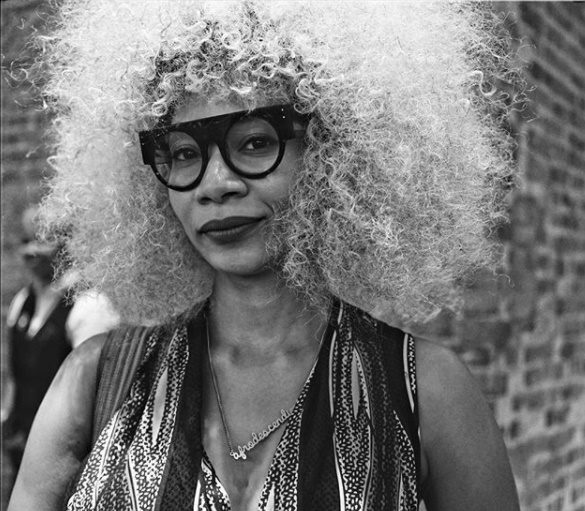 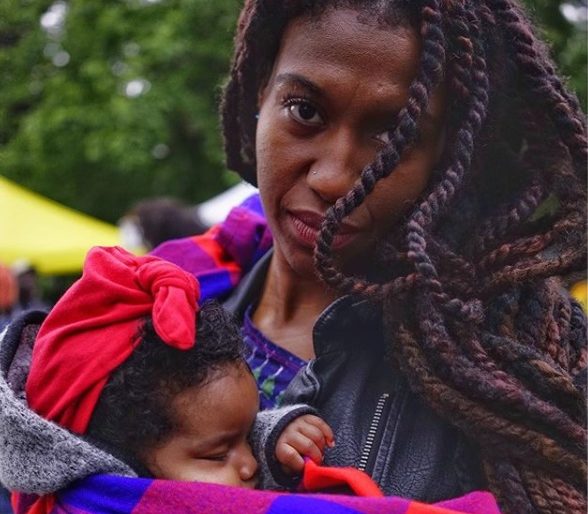 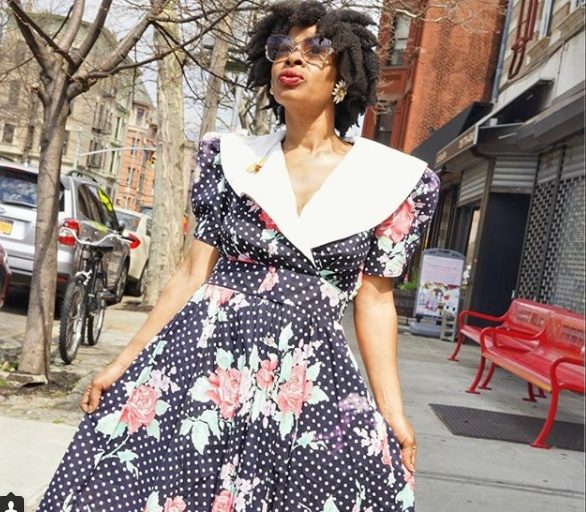 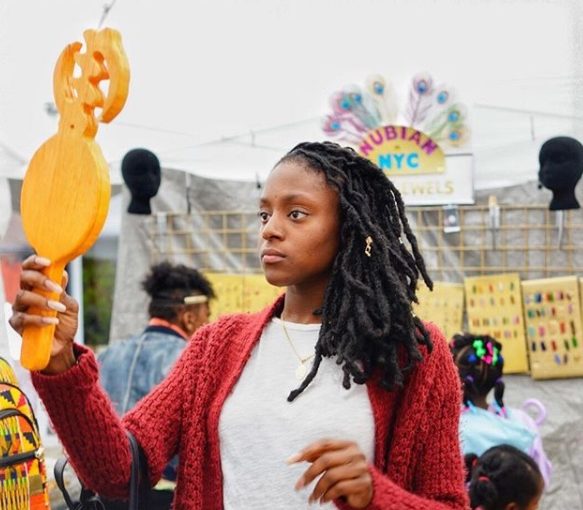 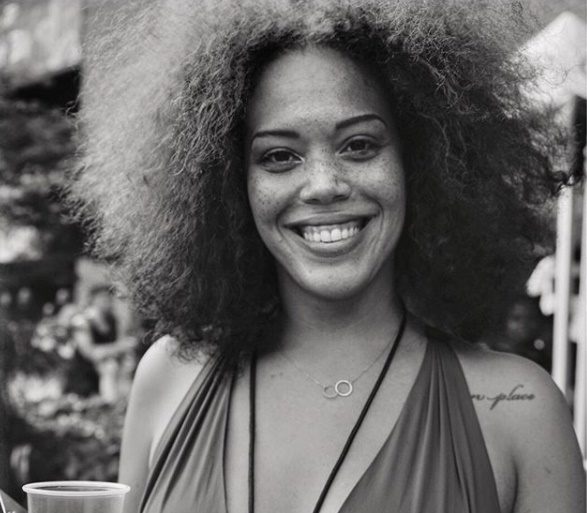 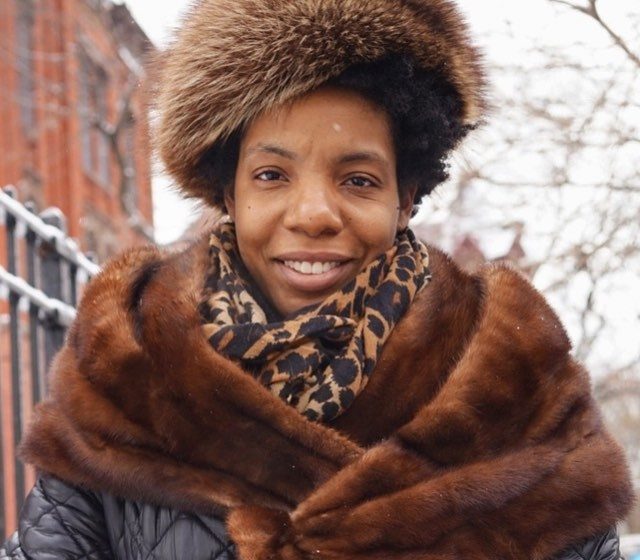