Painter Norman Lewis said, “The goal of the artist must be aesthetic development, and in a universal sense, to make in his own way some contribution to culture.” Perhaps Nina Simone was paraphrasing him when she said, “It is an artist’s duty to reflect the times.” We’ve watched Beyoncé grow up before our eyes. We’ve seen the evolution of a young girl with dreams  turned mogul, philanthropist (BeyGood), wife, mother, and activist. Beyoncé has been empowering the black community, especially women and creatives. First, in 2006 she caused roars with her all female band – Suga Mama. Second, her insistence on working with women and people of color as evidenced with her Vogue cover using photographer Tyler Mitchell. When TopShop’s Sir Phillip Green became embroiled in sexual and racial harassment allegations, Time reported that “Parkwood has acquired 100 percent of the Ivy Park brand.” If you want to work with Queen Beyoncé, diversity must be more than a catch phrase in your HR website, but reflected at all levels of management – as ESPN alleged Reebok recently found out. If you wanna roll with the Queen Bey, you betta walk the diversity talk!

While the media persists in peddling negative stereotypes of black men, women, and culture, like James Brown’s Say it Loud Black & Proud before her, Queen Bey’s Formation made black people love their “baby hair and afros and Jackson Five nostrils.” For those that didn’t know and were unsure, Lemonade showed that Bey was “down for the cause” in no uncertain terms! My article Sipping Beyoncé’s Lemonade was one of my first front page features on HuffPost. Both Beyoncé and her husband Shawn Carter (aka Jay-Z) have supported Black Lives Matter and criminal justice reform before it became trendy and did so covertly. It was not until others exposed their generosity were we aware of the depths of their commitment to the community. When the media came after another queen, Duchess Meghan Markle, Queen Bey and Jay-Z squashed that with a simple acceptance speech for the Brit Awards 2019. For African-Americans, outside of Queen Bey, the only other royalty we know is Duchess Meghan Markle – ya heard me!

Beyoncé’s Formation scared racists with an unapologetic display of blackness, black love, and black sisterhood. Formation was the first single to drop from the video album Lemonade. Lemonade was reminiscent of Daughters of the Dust and Beasts of the Southern Wild featuring the acting debut of Quvenzhané Wallis, who also appears in Lemonade. Lemonade encompasses black love, the struggle of being black in America, and reconciling black love with a rawness that transcended race, gender, and religion. Queen Bey’s 2016 Super Bowl performance slayed and snatched edges. Just when we thought sister girl had shown us all, she took the blackest African-American experience – an HBCU (historically black college and university) homecoming – and brought it to the world at Coachella, forever to be known as Beychella.

The imagery and symbolism of Beychella was all things black excellence rooted in the HBCU experience. Since the creation of these United States of America, blacks have been excluded and colleges were no exception. Enter HBCUs to fill the void and provide educational opportunity not offered to blacks. Morehouse and Spelman College were household names to the community. HBCUs fame expanded via the annual HBCU Battle of the Bands competition which raises funds for HBCU scholarships. Younger generations who grew up watching A Different World featuring Lisa Bonet increased enrollment at HBCUs and college attendance among first generation black students. Like the traditional Battle of the Bands, Beyoncé dedicated proceeds from Beychella merchandise to benefit the United Negro College Fund (UNCF) and awarded scholarships to students attending HBCUs. Black colleges and black greek culture with step shows were part of black culture’s response to white America’s attempt to bar access to higher education. Close a door and we’ll open a window. HBCUs are incubators of black innovators and a reminder that in the face of racism and hatred, still we RISE! As a W.E.B DuBois said, “A black would not Africanize America, for America has too much to teach the world and Africa. He would not bleach his Negro soul in a flood of white Americanism, for he knows that Negro blood has a message for the world.  He simply wishes to make it possible for a man to be both a Negro and an American.” 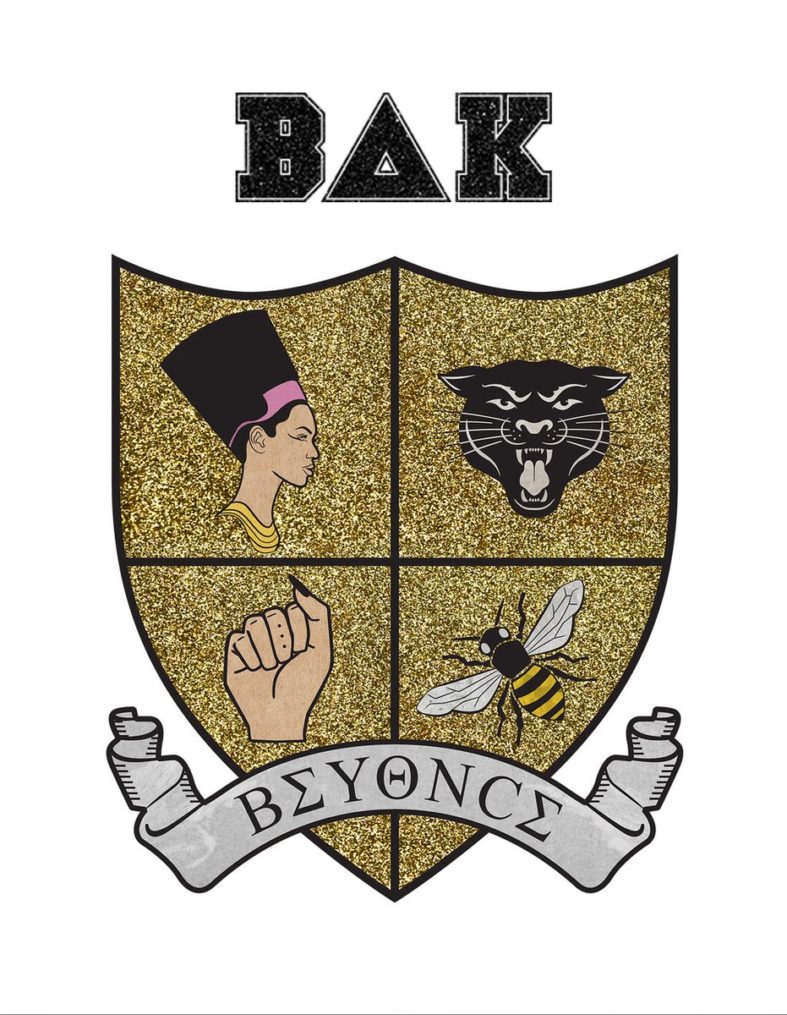 Beychella was the first time most of white America heard the Black/Negro National Anthem (aka Lift Every Voice & Sing). As noted by PBS, Lift Every Voice & Sing was “created by James Weldon Johnson, it was performed for the first time by 500 school children in celebration of President Lincoln’s Birthday on February 12, 1900 in Jacksonville, FL. The poem was set to music by Johnson’s brother, John Rosamond Johnson, and soon adopted by the National Association for the Advancement of Colored People (NAACP) as its official song. Today “Lift Every Voice and Sing” is one of the most cherished songs of the African American Civil Rights Movement and is often referred to as the Black National Anthem.” If you attended an all black elementary, high school or college, Lift Every Voice & Sing was sung directly after saying the Pledge of Allegiance.

Beyoncé’s Beychella performance and Netflix’s Homecoming documentary is a live action version of Spike Lee’s School Daze meets Drumline, except instead of the bands battling each other, she enlisted the best of HBCU bands from Drumline Live. Beychella’s black greek steppers, majorettes, and an HBCU sound machine exposed the world to what most black Americans experience every October at their HBCU homecoming across the country. Even if you didn’t attend an HBCU, like me, you have a friend or cousin that did, so you just adopt that HBCU as yours and do the annual fall trek to tailgate, eat good soul food, and see if the older black greeks still know how to stroll the yard. 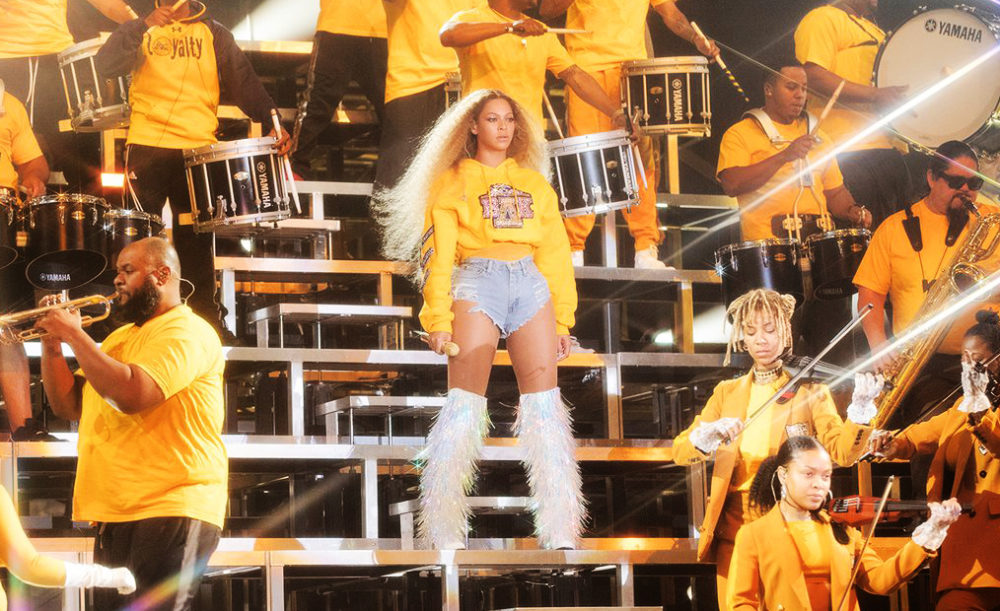