Americans love taco Tuesdays and a good margarita, so much that margaritas are the #1 cocktail in the US. On Cinco de Mayo, Americans go all out. Cinco de Mayo is more celebrated in the U.S. than in Mexico. If you’re going to celebrate, then do it right and that starts with a good tequila like Tres Agaves. Tres Agaves is 100% agave giving an unparalleled smoothness and taste. Its master distiller is Iliana Partido, one of the few women master distillers in the industry. Iliana comes from a family of tequila farmers and producers. Her passion for good tequila is evident. 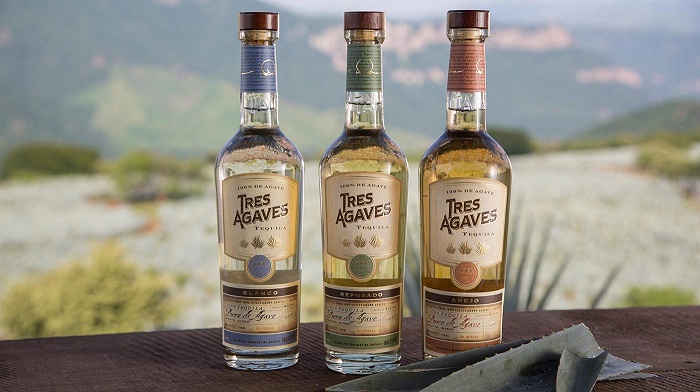 For many, our first introduction to tequila was a cheap brand guzzled at a college party with horrible side effects. Like Champagne comes from a specific region in France and is produced under strict regulations, so too tequila comes from a specific region in Mexico known as Tequila Valley in Jalisco. Likewise, the minimum standard is 51% blue agave. However, Tres Agaves is made from 100% blue agave. As master distiller Iliana Partida explains, “There is a science to make the agave sugar transform from an oil into a great spirit where you can see, feel, and smell the essence of the agave, which is why we use only 100% Blue Weber Agave when producing our tequila at Tres Agaves.” Co-founder Barry Augus added, “Similar to the distillation of other spirits where “heads” and “tails” are discarded, so too Tres Agaves distills its tequila so that you get a robust flavor but with smoothness. The goal is to make sure that whether sipping or mixing our tequilas, the flavor of the tequila comes through in its best quality.” Tres Agaves’ margarita mixers and agave nectar are USDA organic using all-natural ingredients and no high-fructose corn syrup allowing the tequila flavor to shine. 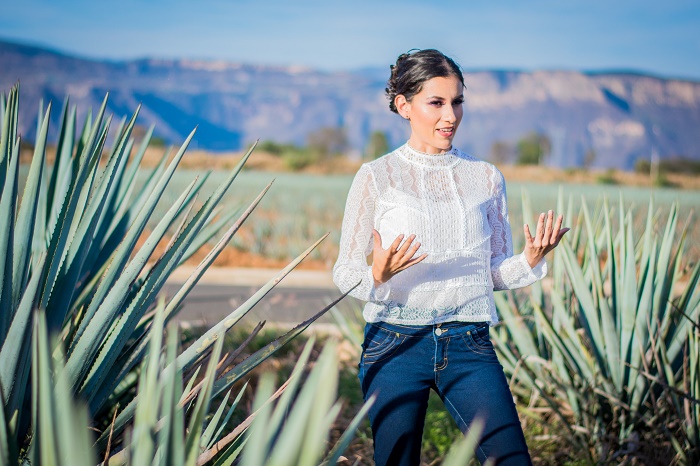 Naturally, I tasted several cocktails using the Blanco Tres Agaves Tequila and margarita mix. I am not a typical tequila drinker because I watched too many acquaintances have bad encounters with inferior tequila such that it scared me off tequila, with the exception of the occasional margarita or a Paloma. However, I was pleasantly surprised with the Blanco Tres Agaves. I first made La Adelita because blood oranges were in season. This was refreshing and smooth. I quite enjoyed this as it made me long for a warm day as I ate my ceviche. Later, I made the traditional margarita which went well with my fish taco. I invited friends over to taste Tres Agaves. They enjoyed the strawberry margaritas.

As you celebrate Cinco de Mayo, do yourself a favor and get some good tequila to get the festivities started. Instead of margaritas, try a Jalisco favorite La Paloma – also my preferred. Below are some cocktails with Tres Agaves that you can add to your fiesta. Salud! 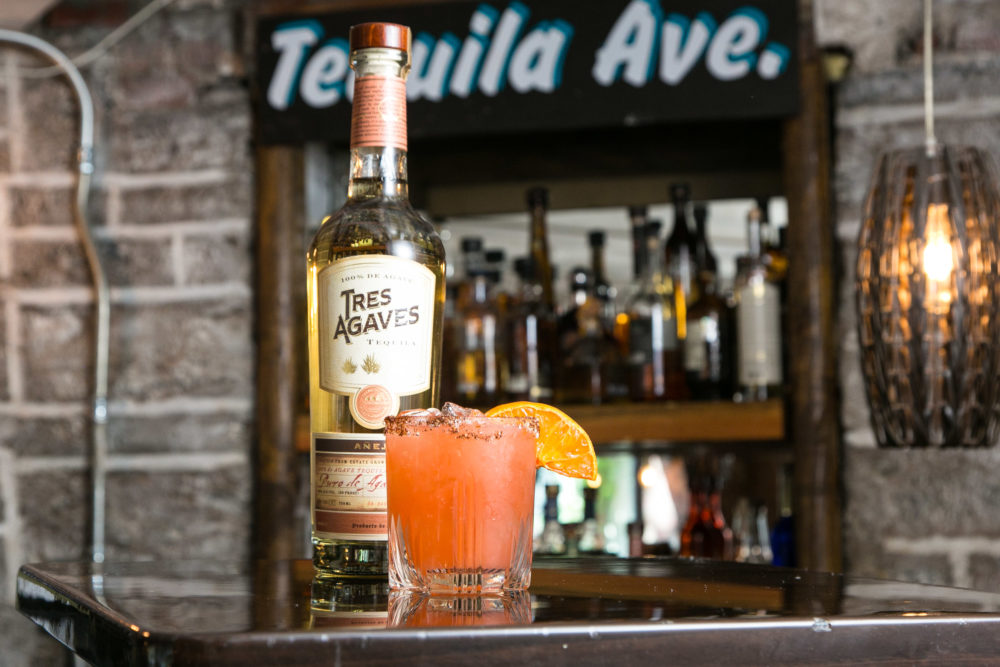 Rim rocks glass with salt and red pepper flakes. Pour all ingredients over ice in glass and garnish with Blood Orange wheel. 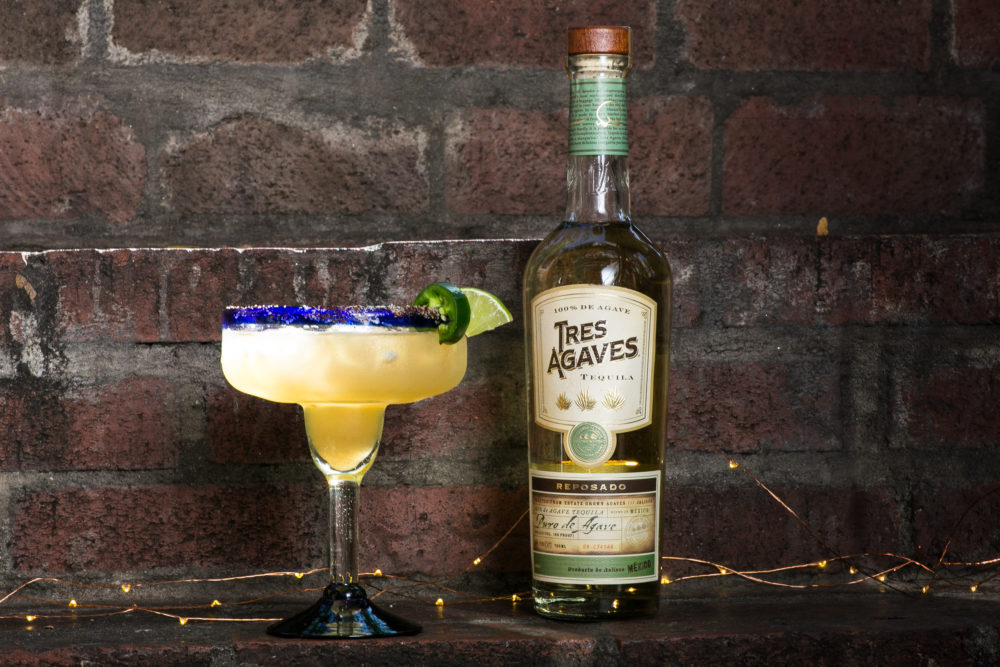 After being aged for about 9 months, this well-balanced Reposado Tequila nicely stands up to the heat of the habanero in this spicy cocktail.

Rim glass with black pepper and salt. Then muddle seeds of Jalapeno pepper in pre-rimmed margarita glass. Pour remaining ingredients in glass, top off with ice and stir. 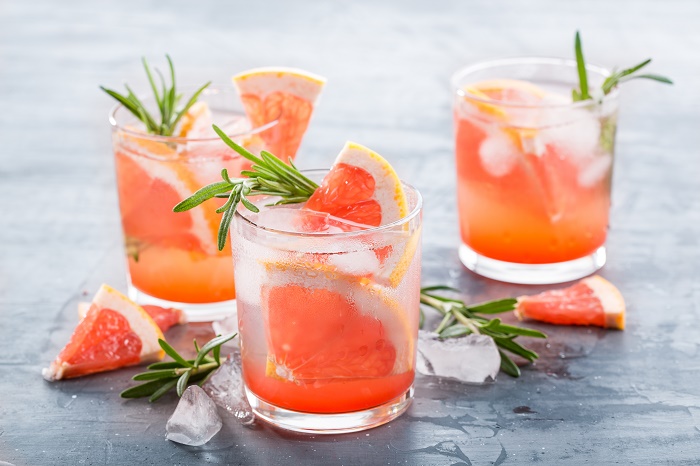 Grapefruit slice and Sprig of Rosemary for garnish