2019 Update: In 2013, some whispered there is no racism in America because we have a black president. Yet, President Barack Obama, his wife, FLOTUS Michelle, and daughters were ridiculed and had monkey caricatures made of them. This weekend in the nation’s capital, a Native elder, Nathan Phillips, whose people were on this land before immigrant Pilgrims forced themselves, was jeered and ridiculed by teenage boys from a Catholic college prep high school yelling build that wall to a Native American. The teens were allegedly in the capital to march for life. Ironic and befitting the hypocrisy of so-called Christians to champion for the life of an unborn child, but persecute their fellow man. Maybe, “love your neighbor as yourself” or “turn the other cheek” were overlooked in religion class at Covington and Owensboro Catholic Prep. Christian apathy and hypocrisy endorsing Trump’s “Make America Great Again” is exactly what Dr. King spoke against in his Letter from a Birmingham Jail. “I must honestly reiterate that I have been disappointed with the church. I do not say this as one of those negative critics who can always find something wrong with the church. I say this as a minister of the gospel, who loves the church; who was nurtured in its bosom.”

Last year, ironically, the blog was politics free. I say ironic because I started the blog due to my frustration at how politics had turned us from “one nation indivisible” into a house divided.  See my first ever blog post: Just Thinking.

We have an African-American president entering his second term.  That is something that even I did not think could happen in my lifetime and I am yet young. With the election of President Obama, I have heard rumblings like: “see this is proof racism isn’t a problem in America.” That is just as naive as saying, “I have a black friend so I’m not prejudiced” or better yet “I have a Jewish friend so I can’t be anti-Semitic.”  In the words of MLK, “shallow understanding from people of good will is more frustrating than absolute misunderstanding from people of ill will.” 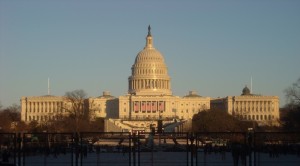 The election of President Obama reminds me that although we have come a long way from Jim Crow segregation, we still have a long way to go. We have not reached the mountaintop of race and gender equality. To further quote MLK, “injustice anywhere is a threat to justice everywhere…we are caught in an inescapable network of mutuality, tied in a single garment of destiny…whatever affects one directly affects all indirectly…never again can we afford to live with the narrow, provincial ‘outside agitator’ idea…anyone who lives inside the United States can never be considered an outsider.”  In the words of my late granny, he “said a mouthful.”  That’s a lot of wisdom not to be digested in one swallow. 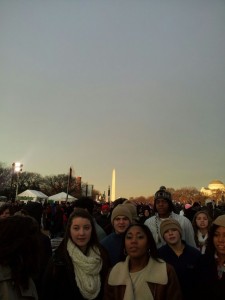 As we honor Martin Luther King, Jr. for his work for equality and justice for all regardless of race or religion, I recommend reading his Letter from Birmingham Jail. The version printed in The Atlantic is an edited short one.  I recommend reading both the edited and unedited version.  Every time I read it, I admire the eloquence and grace of his oratory and passion for his cause.

Martin Luther King Jr.’s dream is not just a racial one, but the truest form of the American Dream – that all men/women are created equal and entitled to life, liberty, and the pursuit of happiness.

The Atlantic: Letter from Birmingham (excerpts)