There is more than BBQ, Elvis, and Beale Street in Memphis. The city of “grit and grind” is going through a transformation. As native Memphian Rachel Knox said, “Memphis is a unique city because historically we’ve encountered devastating events that would have otherwise buried another city, but Memphis always returns stronger and burns brighter than before. Whether it was the yellow fever epidemic in the 1870’s where the population dwindled down so much that we lost our charter, or the painful assassination of Dr. King, Memphis has always managed to return much like a phoenix rising from the ashes. It’s one of the reasons I love this city so much. We are a formidable city with people who are unafraid to roll up their sleeves and get to work. We are city that’s filled with passion and soul. It’s a city where if you have [the] audacity to dream it, you can do it here!  And while we acknowledge the work that needs to be done we cheer loudly, passionately, for not only individual successes but the success for the city as a whole.”

Rising from the ashes like a phoenix is a veritable analysis. Memphis is a multi-cultural and entrepreneurial city. The city is 65% African-American. The metamorphosis of Memphis shocked this northern city girl. From tech, agricultural, arts, and food start-ups, the low cost of living and good quality of life coupled with southern hospitality gave me reason to pause. Memphis is a haven for entrepreneurs of all backgrounds, especially in the arts. There is a spirit of charitable generosity and support for local businesses such that it virtually propels one to succeed. For an historic stay with Old World elegance and superb hospitality, the Peabody Hotel is a must. You do not have to be a hotel guest to experience the famous Peabody Ducks. 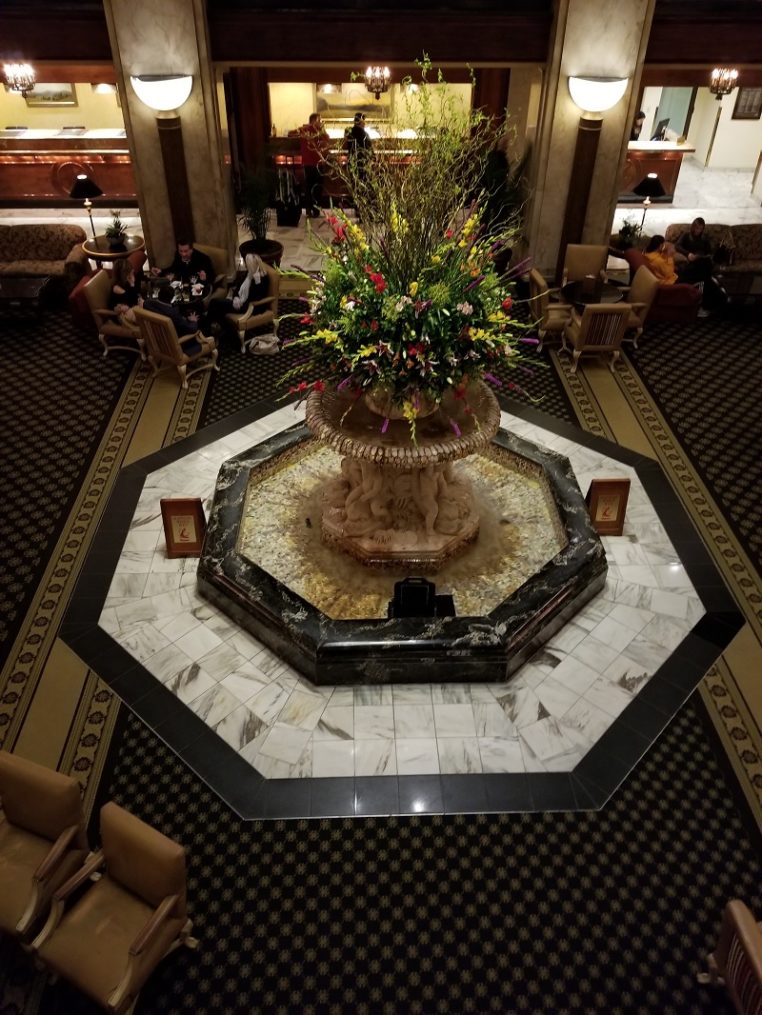 Fountain at the Peabody Hotel Memphis

For a traditional southern meal, everyone suggests the historic Four Way Restaurant not far the iconic Stax (Soulsville) Recording Studio & Museum. In front of the Four Way is a statue of a cobbler’s machine. The owners of the Four Way explained that the statue is symbolic of how blacks in the neighborhood stitched together the community. While eating, the owner introduced patrons. “We go to the same church. She’s a lawyer. This person mentors the youth and raised money to send kids to HBCUs.” From Uber drivers to locals I encountered wandering the city, Memphians want to make sure that you are having the full Memphis experience, including embracing its past, present, and future. “Have you seen the National Civil Rights Museum?” This year marks the 50th anniversary of the assassination of Dr. King and the National Civil Rights Museum in partnership with the city of Memphis are celebrating through its MLK 50 programming. “Did you know there was a slave auction block right off the Mississippi River on Auction Street now Mill Street? There is also a passage to the Underground Railroad downtown. Have you seen the Peabody ducks?” You do not need a tour guide to become familiar with the town. Just say hi and that is all it takes. 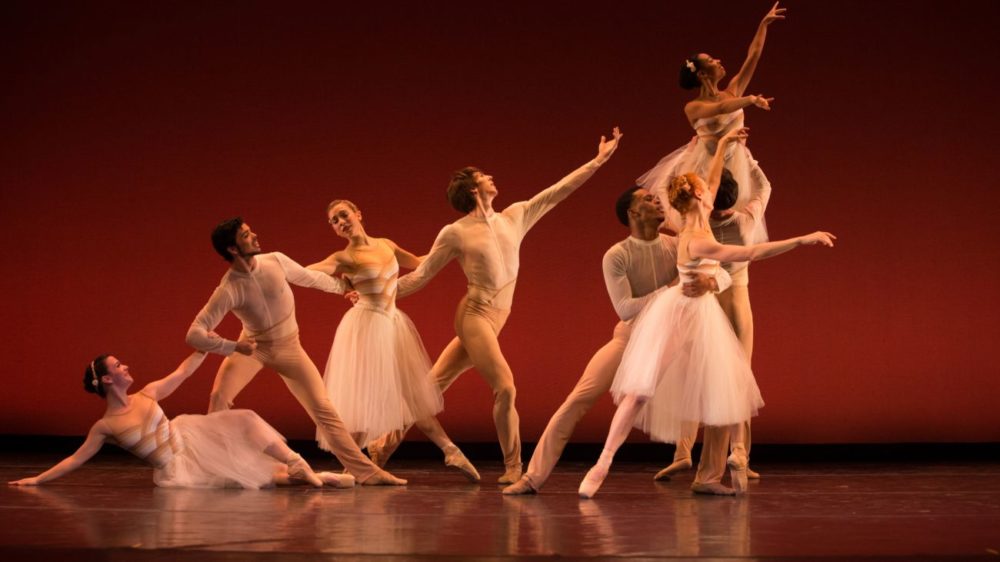 Ballet Memphis stands out as one of the most diverse company in America. Not only that, it was founded by a woman, Dorothy Gunther Pugh. Instead of ballet treated as the privileged class, the building itself is designed for openness embracing the community. Programming reflects the diversity of the company and includes Memphis-centric themes. Nothing is by accident here. Even the egg shape of the café as you enter the building is imagery for fertility and growth. As I left to visit Hattiloo Theatre, Dorothy said, “Tell Ekundayo I said hello.” That southern hospitality and knowing your neighbor is something that is prevalent throughout the city no matter where you visit.

Hattiloo Theatre was founded in 2006 by Brooklyn native Ekundayo Bandele when he came to connect with his family roots in Memphis. He had not planned on staying, but the Black repertory theater community, actors, and its patrons made Memphis home. Ekundayo talks about a long-standing tradition of black ensemble theater in Memphis. He speaks of the generosity of Memphians donating $5 million for the construction of the building and being debt-free. The artistic director is famed Broadway playwright and Memphis native, Katori Hall. The theater is named after Ekundayo’s daughters and serves as a haven for black creatives of all genres. It also offers community outreach for youth and a special needs theater program. Ekundayo has even loftier goals. He noted that in the US, there are only four black ensemble theaters remaining. He wants to turn the old Memphis Brook’s building into a National Black Theater Museum as a think tank and interactive experience dedicated to the legacy of the black ensemble theater and its impact on theater at large.

The renovation of the old Sears Roebuck building into Crosstown Concourse has become a haven for creatives in the form of Crosstown Arts with studios for podcasting, graphic design, and a 3D printing space. The residency program is open to creatives (visual and performing artists, musicians, writers, and filmmakers) throughout the country and includes room and board in apartments on site. So popular is the residency program that a significant portion of the applicants are from New York City. “Crosstown Arts is a contemporary arts organization dedicated to further cultivating the creative community in Memphis. The organization provides resources and creates opportunities and experiences to inspire, support, and connect a diverse range of creative people, projects, and audiences. The spaces and programs integrate varying components of exhibition, performance, shared labs, artist residency program, and the café. The space includes two 4,000 square foot contemporary art galleries, a video screening room, two performance spaces.”

Yes, there is good BBQ in Memphis. However, there is an explosion on the food scene. From the farm to table “fast food” concept of Kimbal Musk’s Next Door American Eatery to the delicious Italian fine dining experience at Catherine & Mary’s, the Memphis food scene is a diverse culinary experience. But first let me bask in the meal that was served at Catherine & Mary’s. Everything our group ordered was delicious. Their wine selection had wines I only had while visiting Italy. If you are near the theater district, check out The Second Line, Chef Kelly English’s New Orlean’s street food style restaurant. Be sure to order the original andouille + crawfish + pimento cheese fries. Your mouth will thank you! While there read aloud the drink names on the cocktail menu. Just do it!

Don’t just #BringYourSoul but also feed your soul at Memphis Black Restaurant Week (MBRW) annually in March. Founded by Cynthia Daniels, MBRW creates jobs and brings business to black restaurants. HM Lounge is one of the MBRW success stories that experienced an increase of revenue throughout the year because of MBRW. Husband and wife duo, Cassius and Chef Fran, are throwing down in their dessert lounge that quickly included a food menu after demand from patrons. Try the famous Sweet Potato Brownie. I don’t even like sweet potatoes, but I had several forkfuls because I couldn’t get enough. Cassius is the wing master and Chef Fran’s decadent desserts will have you unbuckling your waistband. Cassius noted that the community support was overwhelming. With the launch of MBRW, a young man from the neighborhood came in and offered to wash dishes during restaurant week to help out. After MBRW, the man said thank you and left. Now that must be a Memphis thing!

If you are looking for a co-working space with delicious breakfast and lunch options, then head to The Office@Uptown, one of the only MBRW participants that offers breakfast. It is also run by a husband and wife team who became food entrepreneurs in retirement. For breakfast, try the spinach pesto croissant with aged cheddar and bacon. The introduction of pesto is a game changer. Like HM Lounge, The Office@Uptown hires from within the community, reaching out to the homeless and previously incarcerated. Giving back and building the community seems to be part of the DNA of these Memphians.

Food Network Finalist Aryen Moore-Alston talked about support from the MBRW community when she was launched her catering company, Sweet Potato Baby. When it was too cold to sell at outdoor farmer markets, Valerie offered her space at The Office@Uptown to sell her desserts. One thing is clear, the MBRW participants I met do not view each other as competition. Instead, they are the loudest cheerleaders for each other’s success.

StartCo is “Memphis’ first accelerator has helped fund, mentor, and launch over 100 emerging technology companies since 2011.” They invest in six startups per session giving $25,000 in seed funding “for businesses wanting to tap into the rich environment of accessible Memphis customers and resources in logistics, agriculture, healthcare, and education among others. With a unique focus on inclusion and diversity, [their] Upstart and Sky High Tracks provide additional support and resources for female founders and also those looking to make a social impact.” While in Memphis, I attended an entrepreneurial pitch fest hosted by StartCo. I was surprised to find an Illinois based agricultural entrepreneur make Memphis his home. I was also shocked that the entrepreneurs, especially those in the bio-medical sector, had products ready to go to market NOW, not in a few years. The companies that peaked my interest were: SweetBio (revolutionizing skin healing with honeycomb); Somavac Medical Solutions (making advances in patient care and recovery to enhance quality of life post-surgery); and Code-Crew (mentoring urban youth to be tech innovators). Another standout is LITE Memphis, Let’s Innovate Through Education. The focus is on experiential and entrepreneurial learning to teach urban youth wealth building skills. This program is a model for what modern day education should be.

If you are a creative or entrepreneur and thinking about relocating to a city to support and build your dream, do not sleep on Memphis. The city’s history of combining grit and grind will reinvigorate your dream. Bring your soul and vision to Memphis!