For Black History Month, I focused on reclaiming black family, black love, sisterhood and brotherhood. My goal was to change the narrative and show that although there are heroes of black history, the legacy continues with the modern black millennial family, fathers, and mothers. The village is still hard at work making sure “each one, teach one” is more than a quote. One common stereotype of about the black community is that the black family is dead and that black children are fatherless. A couple of months ago, a white collegiate tennis player responded to his opponent, a black player from a historically black college (HBCU) by saying, “At least I know my dad.” In my article, Black History: Brotherhood, I highlighted how black men and fathers are using social media to promote positive black narratives. Enter Emeka Onyejekwe, known as Mekka Don. Mekka Don is a hip-hop artist, attorney, and entrepreneur who MTV said has led the pack in revolutionizing the way independent artists fund their music production and generate revenue.

I met Mekka when I moved to New York in 2011 to pursue my writing career. We were both legal consultants. Like me, Mekka was an attorney by day and a creative by night. In our spare time, he would occasionally show me his lyrics and what he was working on. It felt reassuring to know that there was another attorney pursuing a dream and making waves. Mekka’s song Dirty was awarded MTVU’s “Best Freshman Video” honor. The video was featured on VH1.com and in rotation on MTVU and MTV3. He’s been interviewed by Sway in the Morning. Mekka followed up with Here We Go. My favorite is a ballad duet with Lana Fame called Forever Love.

Mekka’s legal background helped him navigate the business side of the music industry and as a result he has signed over a dozen music licensing agreements with various companies and networks including: The Ohio State University, ESPN Networks, The Cleveland Browns, BTN, and many more. Songs for his alma mater Ohio State, where he was a walk-on football player, include (JUICE) and (Let’s Go O-H-I-O) which were written and performed by him. 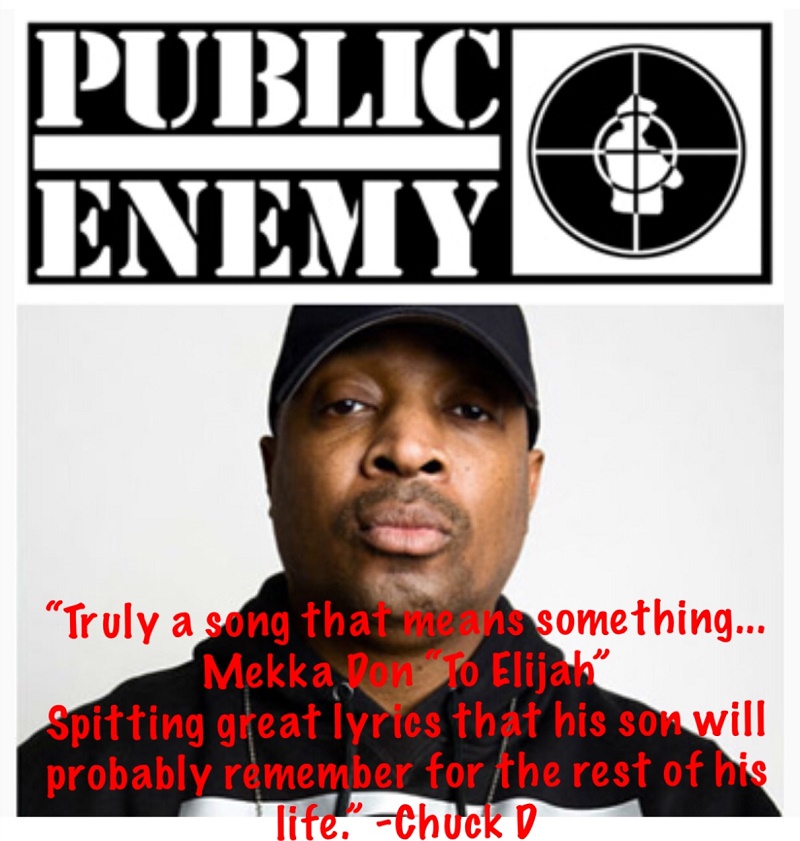 Mekka has now ventured into one of the most challenging roles, that of father to his son Elijah. The birth of his son made the words of T’Chaka to his son T’Challa in the movie Black Panther resonate with him. “A man who has not prepared his children for his death has failed as a father.” Mekka said, “More than ever I started to realize my mortality when my son was born. That feeling scared me into memorializing the things that I’d want to teach him in case my time on this Earth ends early.”

What began as an ode to his Elijah is picking up steam on social media with over 44k views on Twitter. Rap legend Chuck D called it “Amazing!” R&B songstress Taj George of SWV called it “Beautiful.”  Check out Mekka Don and Elijah in the video below. For more on Mekka’s music, visit Mekka Don Music and his social media @MekkaDonMusic.