Even before quarantine, my soul was weary. I hungered for that sweet communion of fellowship. I heard about a new service a few weeks ago that they called Verzuz battles. The first battle was between kings Babyface and Teddy Riley. I have loved Babyface since Two Occasions. Teddy Riley’s “new jack swing” was the soundtrack of my coming of age from teenager to college student.

I did not want the bravado of a battle but yearned the elixir of nostalgia remembering a time when I was young, hopeful, and ready to conquer the world. Babyface versus Teddy was like pitting the archangel Gabriel against Michael. Then I heard of another featuring Zipporah (the African wife of Moses) and Queen Sheba (Solomon’s beloved) reincarnated in the likeness of Erykah Badu and Jill Scott – soul healers through music in the ministry of judge and prophetess Deborah.

My soul thought service at the Red Tent led by sisters of Earth might be the balm in Gilead needed for my restlessness. In addition to quarantine, the soul of black people still suffered in a racist America despite years of “progress.” Like Moses’ plea to “let my people go,” black folks’ pleas for justice, equality and freedom from police brutality went unheeded.

As we yelled black lives matter, Ahmaud Arbery, Sean Reed, and Breonna Taylor were shot down and murdered by law enforcement that failed to use the same restraint they so generously gave white people armed with guns complaining about “shelter-in-place.” Prescient reminders of Aesop’s warning that “no plea will protect the innocent from the unjust judge.” Just as we were mourning the loss of our youth, elders Betty Wright, Little Richard, and Andre Harrell were taken from this earthly domain. 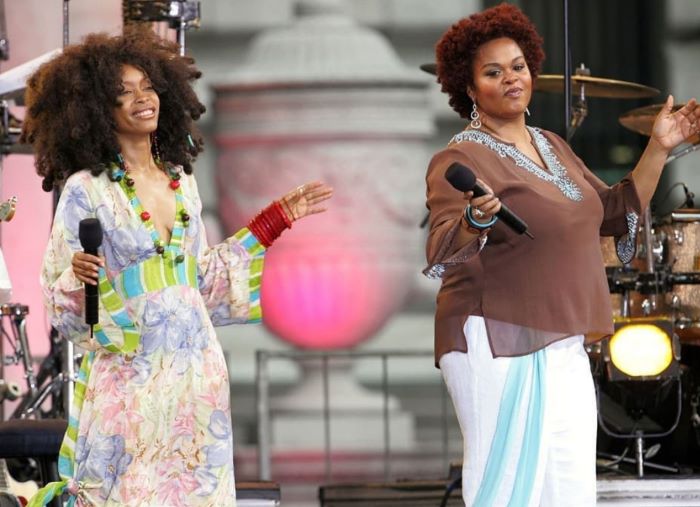 Indeed, my soul was heavy laden. It cried like the hymn “fill my cup…come and quench this thirsting of my soul…fill my cup and make me whole.” So I gathered myself for a Saturday sabbath praying that Sister Badu and Sister Jill would be the good Samaritan and “pour in the oil and wine that restores my soul” and be Mary and Martha tending my wounds. “Oh Mary don’t weep…oh Martha don’t moan” with the deep guttural sounds of a negro spiritual.

As I logged on to Instagram (IG) Live, it was evident this was to be a different type of worship service. Sister Jill stepped to the pulpit to welcome members and visitors and informed us service would start shortly. In the meantime, she asked us to meditate on the words of poet Mother Nikki Giovanni to prepare our hearts and mind for service as we waited for Sister Badu.

From the first utterance between the two I knew authentic and organic fellowship and communion were to be found and respite for my soul. Instead of a battle, the sisters made it known this was a space of love, encouragement, uplifting, and adjusting the crowns of each other while honoring soul songstresses that came before them.

Any hopes of a battle were dismantled when Sister Badu announced her first song, You Got Me. The week leading up to service, there was much hype about this song because both sisters sang it. What we did not know until service was the history of the song. Before Sister Badu played her version, Sister Jill put a finger up to interject a testimony. “Sista Badu” said she (I’m paraphrasing) “you may or may not know but that was the first song I ever wrote and you sang it. I was an unknown artist and my album had not been released yet and you sang my song when you didn’t have to.” Sister Badu stopped her and said “But I had too.”

The sisterhood was on display and whew chile I loved it. And with that sister love overflowed and washed over the congregation. Sister Jill rocked back and forth like an old church mother when the spirit hits. Sister Badu would occasionally rise from her seat and walk back and forth. If a certain chorus or note shook the innards of her soul, Sister Badu would shout an African ululation as if transporting us to Sheba’s Ethiopia or the kingdom of Kush where Nubian kings ruled. 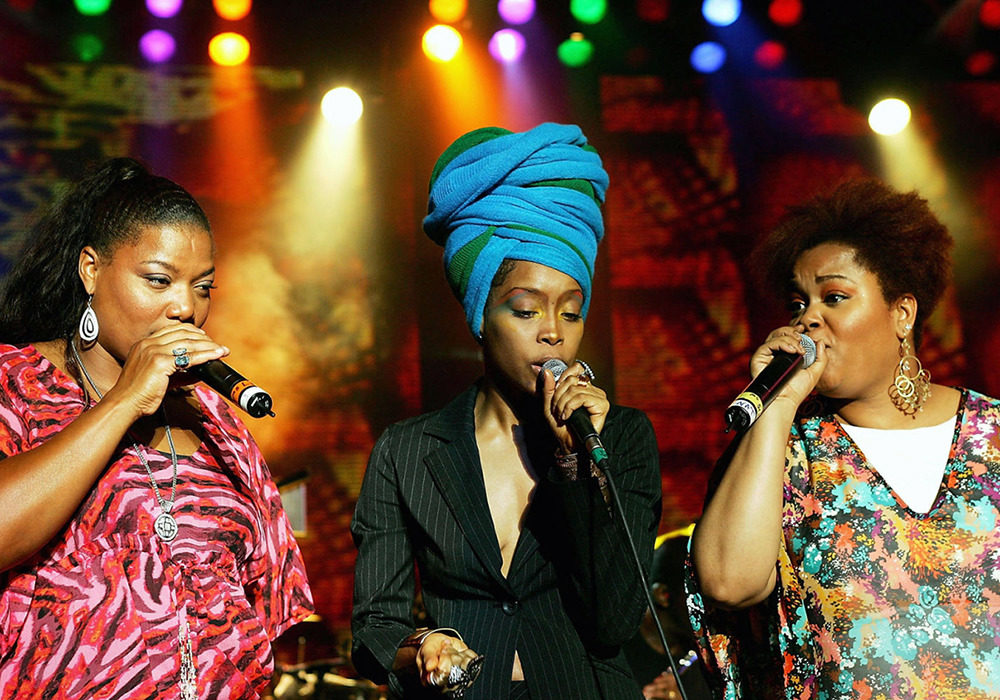 Yes lawd, I found the right service. I shouted, waived my handkerchief, and danced as Sister Badu and Sister Jill led us on a journey that invoked the mothers of Africa as they sang songs for the earth and to Jah. Like sweet honey in the rock, my soul was quenched. Sister Badu and Sister Jill spoke about how they started song writing. Then as if in a prophetic voice, Sister Jill looked at the camera and told congregants gifted with writing that they had an obligation to share their stories because the stories did not belong to them but the culture.

Talk about a word! Sister Badu proceeded to talk about “primal wails and tribal moans” and the “kick and snare.” PREACH! Sister Jill took us on a stroll through the sensuous Song of Solomon when she spoke of the “beautiful nasty.” Borrowing one of Sister Jill’s lyrics, “Lord have mercy on me I was blind but now I see” the sisterhood and queenship of black women the world denies.

They prefer the stereotype of the “angry black woman” pitted against each other because the U-N-I-T-Y of black women scares toxic masculinity and systemic racism that tries to ensnare the black community but in the words of Mother Maya Angelou “Still We Rise.”

Speaking of queens, Sister Badu and Sister Jill highlighted the role of Queen Latifah in bringing them together for the Sugar Water Festival (an event to bring awareness to health issues to African-American women). They acknowledged the presence of esteemed visitors, like our Forever FLOTUS, the incomparable Michelle Obama amongst the worshippers – to which IG congregants gave a collective AMEN for her show of support.

When an IG listener commented that Sister Jill was being too nice to Sister Badu, Sister Badu rebuked that devil and informed him to get off live because there was nothing but love in this house of worship.

These sisters applied the healing balm of song to the weary and wounded souls of black folks continually fighting against injustice, racism, inequality and police brutality if only for a moment in time.

After three and half hours, service was coming to a close, congregants encouraged the sisters to “take your time and preach.” But alas, service was ending and Sister Badu asked Sister Jill to give the Benediction.

Sister Jill raised her voice to give the doxology and sang a lyric from Brother Common’s The Light: “There are times when you need someone, I will be by your side. There is a light that shines special for you and me.” Then Sister Jill shouted, “For the Culture!” And the church said, Amen and amen.

Queens spoke life and love into our spirits. Healing our wounds with music, sounds and ancestral utterances. Black women healing each other. Uplifting. Encouraging. This was a spiritual journey – transcendental and existential. Bottle this potion because this is on another level of Queen, sisterhood, phenomenal woman ish!