“Burn this B*tch Down,” Louis Head shouted in anger after learning of St. Louis County Prosecutor Robert (Bob) McCulloch’s announcement that the Ferguson grand jury returned a no true bill against Officer Darren Wilson for the death of Michael Brown.

The protests began and so did the looting. The talking heads quickly focused on the looters, satisfying our insatiable need for porno-news. Like the aftermath of the Rodney King verdict that preceded it, the question became why African Americans were destroying property in their own neighborhoods. The reason is because African Americans are only allowed to burn their own “b*tch” down and not anyone else’s.

Conversely, the same limit had not been placed on white America(ns). After the emancipation proclamation, Black Wall Street thrived until white America burnt that b*tch down. When the KKK rallied a posse, they typically burnt things down. When Irish immigrants felt threatened by free blacks in the north in the 1800s, they burnt it down, including an orphanage for colored children.

Anger by white America against African Americans many times ended with things getting burnt down. “Legitimized” violence against blacks has thrived due to a combination of two factors: police impunity and abuse of prosecutorial discretion. 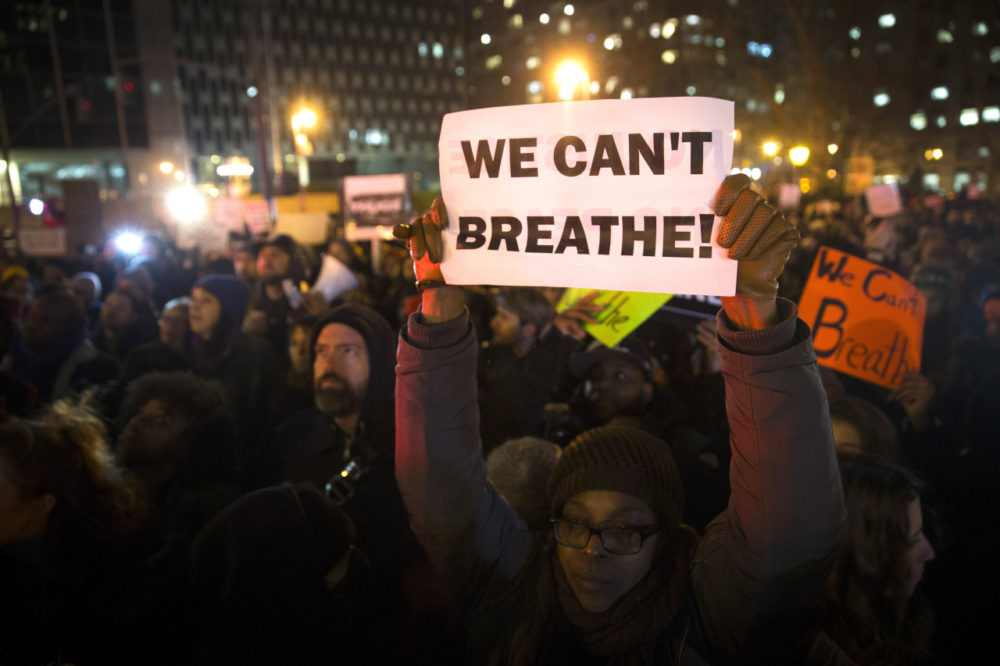 Demonstrators participate in a rally against a grand jury’s decision not to indict the police officer involved in the death of Eric Garner, Thursday, Dec. 4, 2014, in New York. A grand jury cleared a white New York City police officer Wednesday in the videotaped chokehold death of Garner, an unarmed black man, who had been stopped on suspicion of selling loose, untaxed cigarettes. (AP Photo/John Minchillo)

Impunity is “exemption or freedom from punishment, harm, or loss.” The brief violence I described above continues because the actors fear no punishment. The punishers, if any, are typically comprised of the same people that terrorized – whether it is the police force or politicians and judicial officers that turn a blind eye.

While much has changed since emancipation, police officers remain protected. Police officers act with impunity for the same reasons our soldiers in a foreign country can rape a girl and set her whole family on fire. Someone led them to believe it was okay to do so with impunity. Even when some officers do get punished, the act itself was driven by a sound belief that the officer was entitled [justified] to act in such a manner.

Prosecutorial discretion influences whether to seek the death penalty, the highest charge or a lesser included offense, and whether to offer a plea or no plea. It is no surprise then that there is a disproportionate number of black offenders against whom the death penalty is sought and who serve longer sentences for the same crime committed by Whites.

In the death of Michael Brown, Prosecutor Robert McCulloch clearly never wanted to file charges and only sent the matter to the grand jury in order to sandbag his position. There were lower charges in the death of Eric Garner the prosecutor could have charged the jury but did not. I am not advocating abolishing prosecutorial discretion because it serves a good purpose, but it is often abused.

In all of this, we are partially to blame. We have bought into the psychology so aptly put into rhyme by Big Daddy Kane in the song Burn Hollywood Burn: “[m]any intelligent black men seemed to look uncivilized when on the screen.” In Cleveland, a 12 year old boy was shot by officers when he reportedly brandished a fake gun – which looked amazingly real to the officers.

Initially, I blamed the parents for giving this young black boy a realistic looking gun in this type of environment. How irresponsible! A friend asked, what if this was a white boy in Texas with the same gun? In Texas at 12-years-old he would be expected to be able to handle and fire a gun, my friend argued. I thought and thought and thought. My friend was right.

We have accepted the narrative told about blacks and “reality” projected about being white in America. Each group is treated differently in the same situation, especially when the police are involved. Restraint shown to white people and force, usually excessive, dealt to black people always labeled a “thug.” 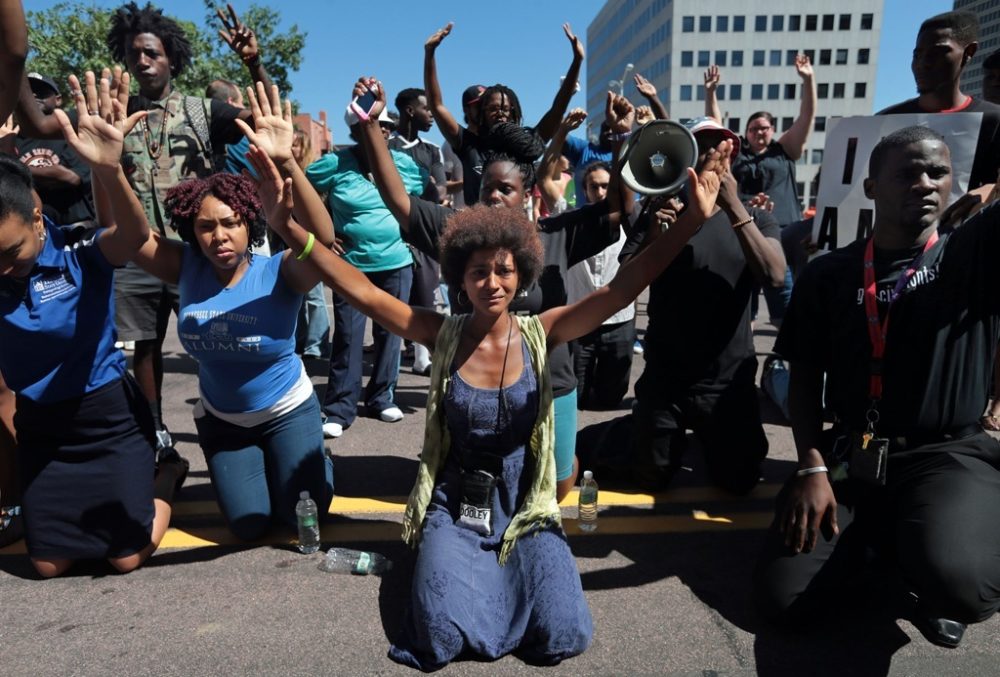 Changes will not come as long as there is unbridled police impunity and selective prosecutorial discretion.

Article originally published December 2014 on MrRefined.com. Mustapha Ndanusa received his Juris Doctorate from Yeshiva University’s Benjamin Cardozo School of Law. He is admitted to practice in NY State, the Eastern District of New York, the Second Circuit and the U.S. Supreme Court. 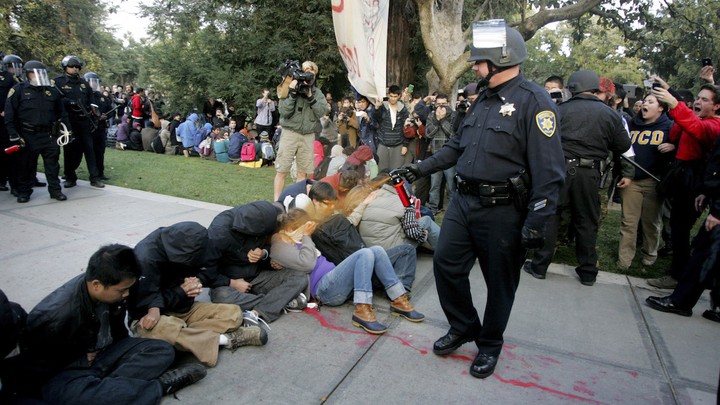 A University of California Davis police officer pepper-sprays students during their sit-in at an “Occupy UCD” demonstration in Davis, California November 18, 2011. REUTERS/Brian Nguyen

Mustapha Ndanusa received his Juris Doctorate from Yeshiva University’s Benjamin Cardozo School of Law. He is admitted to practice in NY State, the Eastern District of New York, the Second Circuit and the U.S. Supreme Court.